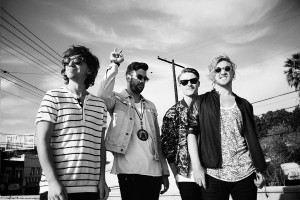 Sydney-based indie-pop outfit, The Griswolds, have applied the finishing touches to their debut album Be Impressive under the guidance of American producer Tony Hoffer (The Kooks, Beck, M83, Ladyhawke) and is pleased to announce it will go on sale inAustralia on August 22 through Chugg Music/MGM, the same week as it gets its global release via Wind Up Records.

The first single “Beware the Dog” has been pumping on triple jsince its release last month. Frontman Chris Whitehall on the track…
“This is the first song Dan and I ever wrote together. It’s about losing someone we were really close with to heavy drug use. ‘Beware the Dog’ is about that journey – the good and the bad times.”
Forming in 2012, The Griswolds leapt to a roaring start after being handpicked as a triple j Unearthed feature artist, and winners of the Parklife Unearthed competition.  Praise from over 100 blogs around the globe followed quickly – all simply by posting their debut single ‘Mississippi’ online. 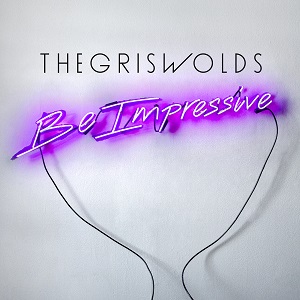 Second single, ‘Heart of a Lion’, was immediately added to high rotation in Australia on triple j radio, ending 2012 as one of the station’s most played tracks of the year. The international airwaves were quick to take notice, with ‘Heart of a Lion’ attracting airplay in over 20 countries worldwide, achieving #3 on the radio airplay charts in The Netherlands via tastemaker station 3FM and an iTunes single of the week in the region.
The Griswolds’ Heart of a Lion EP was released into the USA last year via Wind-Up Records.  Stateside, the EP release had critics and fans buzzing, with a number of noteworthy features from sites including CMJ, MTV Buzzworthy, Neon Gold, Paper Magazineand Vice Noisey.
The Griswolds showed no signs of slowing down in 2013 by taking worldwide audiences by storm with acclaimed shows at MUSEXPO, NARM, Brooklyn Bowl, The Viper Room, Mercury Lounge and a sold-out Neon Gold popshop in NYC, along with key international festival performances at CMJ Festival in New York, The Great Escape festival in the United Kingdom, and a headline slot at theLondon Calling festival in Amsterdam.
The Griswolds are at the top of their game after recently wrapping up a swag of exceptional showcases to packed venues and rave reviews at SXSW Music Festival in Austin, TX in March.
Having previously performed alongside the likes of Foxygen, Unknown Mortal Orchestra, Django Django and St. Lucia, The Griswolds have just returned to North America to perform at Bonnaroo Music & Arts Festival and Firefly Music Festival, alongside international heavyweights including Outkast, Band of Horses, Local Natives, Broken Bells and Girl Talk to name a few.
“…put on an incredible support set that could have easily been redefined as a co-headline spot. The quintet oozed tropical flamboyance and Aussie ambience, and brought with them a euphoric lasso that hooked audiences from the get-go…‘Beware Of The Dog’, showcased the band’s impressive harmonies and raw heavy percussion, giving the song an infectious live presence that, in hindsight, rivaled many of the headliner’s moments.” – Tone Deaf
“Their euphoric slice of indie pop brings to mind the youthful exuberance of Vampire Weekend with the nonchalant cool of The Strokes and percussive intensity of Friendly Fires…”  – Neon Gold (US)
“Between the clean guitar rhythms, the memorable drums, and excited vocal parts, “Mississippi” sounds like an incredibly colorful and upbeat cut that practically embodies the summer season in its upbeat feel”  – The Music Ninja (USA)
“A big bash of near perfect pop. Your seemingly endless reserves of energy just kill me. [The Griswolds] have got an iron like grip on how to make pop music the right way (oh shit, those falsettos!). Count me in. 4 Stars.” – Dave Ruby Howe – triple j
BE IMPRESSIVE IS OUT AUGUST 22 VIA
CHUGG MUSIC / MGM
thegriswolds.com.au                 facebook.com/thegriswolds
twitter.com/wethegriswolds  wearethegriswolds.tumblr.com
Share this post on: Share on FacebookShare on Twitter
Tags SGC Media The Griswolds