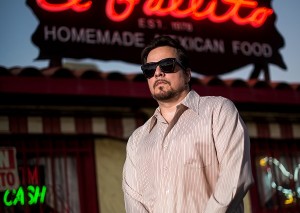 John Garcia is instantly recognisable as the voice of a genre. Single handedly bringing the California Desert Rock sound to the world via his works with Kyuss, Slo Burn, Unida, Hermano and Vista Chino and spawning a million copycats in the process

His deep baritone and soulful delivery take you on a hypnotic journey that coupled with huge riffs and driving bass is hard to escape. Not that you want to! It’s the aural equivalent of peyote and once you’ve had a taste, you only want more.

On August 1, 2014 John will release his highly anticipated self titled debut solo record. Full of first class, catchy as hell rock n roll that effortlessly drifts between classic and stoner. From the more rock infused ‘My Mind‘ and ‘5000 Miles‘ to the blues rooted ‘Confusion‘ and the punch to the face that is ‘Saddleback‘, all the elements are in place. The album features some quality guest performances from The Doors‘ Robby Krieger laying down some mean guitar on ‘Her Bullets Energy‘ plus John’s former Kyuss bandmate Nick Oliveri, Mark Diamond, Tom Brayton and the one and only Danko Jones all drop in to stir up more dust than a California sandstorm!

John will be bringing his solo material to his Australian fans this September as part of a Desert Rock Showcase that see’s Palm Springs USA natives Waxy and Melbourne’s ‘good time murder fuzz‘ exponents Mammoth Mammoth rounding things out.

John will be playing songs off his new record as well as tracks from all his previous bands including songs from the legendary Kyuss albums ‘Blues For The Red Sun‘, ‘Welcome To Sky Valley‘ and ‘..The Circus Leaves Town’

Get in early as tickets are expected to go fast and you don’t want to be left with a war inside your head if you miss out! 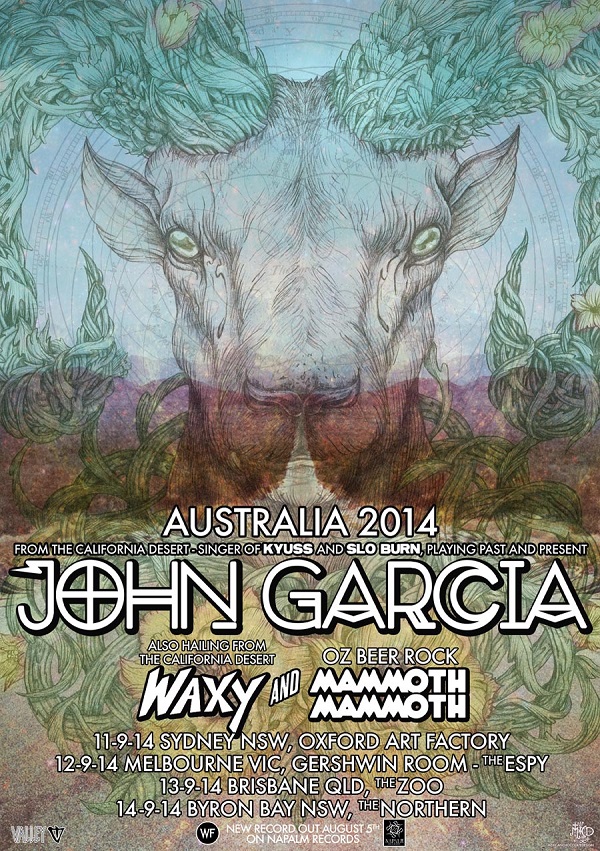