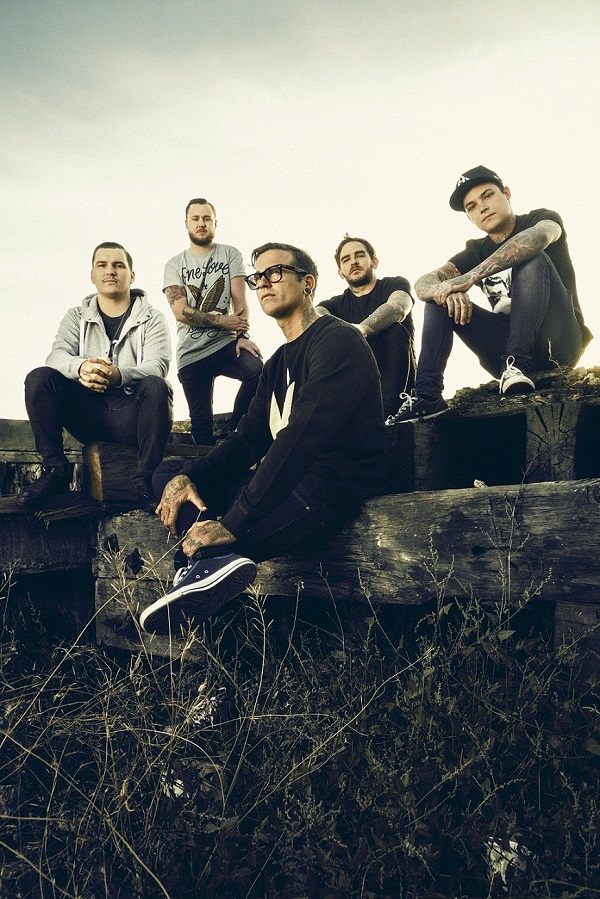 “Well, it’s like a metaphor but it’s also very straight forward as well. I live near the ocean and it’s a very calming place for me and a place where I find great escape from any sort of problems in my life…”

From Press Release: Urgent, aggressive, and remarkably cathartic, Let The Ocean Take Me is The Amity Affliction at their most vital best. Recorded by producer Will Putney (Winds Of Plague, Upon A Burning Body) at guitarist Troy Brady’s Evergreen Studios in Brisbane, the album pushes the band’s signature post-hardcore approach to new heights of richness and diversity, providing the consummate aural partner to vocalist Joel Birch’s increasingly more potent lyricism. Inspired in part by a near death experience suffered during last year’s Vans Warped Tour, songs like Don’t Lean On Me and FML are fuelled by desperate emotion and intense anxiety but achieve extraordinary transcendence through radical honesty and raw power.

We caught up once again with Joel of The Amity Affliction to talk about the band’s new album, its inspiration, touring and their goal to achieve by the end of the year…

Your new album ‘Let The Ocean Take Me’ is released this Friday. What does the title of the album represent to you?
Well, it’s like a metaphor but it’s also very straight forward as well. I live near the ocean and it’s a very calming place for me and a place where I find great escape from any sort of problems in my life, so that just, I don’t know, it’s like we took that line from ‘Don’t Lean On Me’ and that particular part of ‘Don’t Lean On Me’ is where I’m saying just let me have my peace and find my calm environment, so I think that line is just want really sums up the whole album. Just a search for peace, and my peace happens to come from the ocean.

Can you give us one word that you feel sums up the album perfectly?
No… *laughs* Dynamic…

I read that the songs were inspired in part by your near death experience last year, was it hard to put that experience into lyrics?
Not really man, I’ve been writing lyrics for over ten years, so it’s pretty natural, it’s hard to force a topic and I didn’t want to write the same shit this record, and going through what I went through and my state of mind just sort of steered me in the direction I went. I read a few people saying ‘it’s the same fuckin’ album again…’ and yep *laughs* yep, because I’ve got the same problems, if someone can miraculously cure me I’ll write about something else for you, that’s be great… 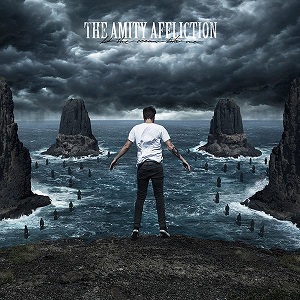 So when can we expect to see you back and playing some shows in Australia?
Soon… *laughs* when does this interview come out?

Well I’ll take that as a sign that something is happening, so we’ll leave it at that…
Yeah… *laughs*

Touring wise are you excited to get out on the road and play these new tracks?
Yeah I mean we played ‘Don’t Lean On Me’ up in Darwin the other day, and we played ‘Pittsburgh’ for like four weeks of our six week tour in America, and it was actually our biggest song *laughs* which was pretty crazy seeing as it was brand new. Definitely looking forward to getting out there and playing five or six from the new record and having a blast, can’t wait to play Australia again, it’s been quite a while…

Whenever that is…
Yeah *laughs*

So what are your immediate touring plans?
We go to the UK on Sunday and play Download, then a festival in Holland and then we’re back for a while and then we’re in America and Europe, then America again and then that’ll be the end of the year. *laughs*

Are you going to get the chance to explore any new territories in support of this record that you’ve already locked away?
Yeah we’re going to Russia which is pretty hectic and *laughs* none of us are that psyched on going to Russia but we all talked about it and the only excuse that we have not to go is that we’re scared of Russians, so we better go *laughs* and I mean we’re going to the Czech Republic, I think we’re doing a lot more of Eastern Europe which will be cool, obviously not going to The Ukraine, but very close to I believe.

Where’s the one place you haven’t been that you’d like to get to?
Spain. I’ve been to Spain, but I want to play Spain, and I’d love to play Mexico, I’ve also been there, but playing there would be the best. I really love Mexico it’s probably my favourite place on the planet.

Since your debut release ‘Severed Ties’ in 2008, what has been the biggest change you’ve seen take place musically within the band over these last six years?
Well we’ve just gotten better, we haven’t really changed that much, ever, to be honest or at least we don’t think we have. I think that if you were to critique the records over time you’ll just see that there’s been a growth in our sound as opposed to any major changes or anything like that. I think we found our feet with ‘Youngbloods’ and everything up to then was us trying to figure out what we were doing and we’ve just refined our sound since then.

Lastly, let’s predict the remainder of the year so if you could finish this sentence for me, by the end of 2014, The Amity Affliction will…
Take over Tony Abbott in parliament and be the first rock and roll band to be joint Prime Ministers…

I’d vote for you…
*laughs* I think anyone would vote for anyone but Abbott if it were to come to an election tomorrow. I think the Sex Party would get into the senate.