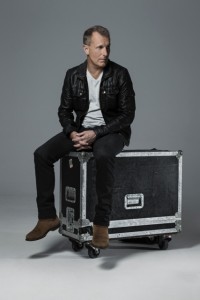 Australian Crawl is surely one of Australia’s most loved bands – revered in the same manner as their peers Midnight Oil, Cold Chisel and INXS, they played an integral part in the development of the Australian ‘sound’ and were one of the truly great rock groups of their time.

From their inception in 1978, Australian Crawl existed for nearly nine years.  The band delivered nine releases between 1980 and 1986, with considerable commercial success.  In terms of Australian groups, only Midnight Oil, The Seekers, Savage Garden and Skyhooks have spent more time at the top of the ARIA Albums Chart.

The group disbanded in 1986, their final show taking place at Perth Entertainment Centre on February 1.  Following the untimely deaths of founding member Brad Robinson and Guy McDonough, hopeful Australian Crawl fans were left with the realisation that a reunion tour was an impossibility.

James said today, ‘Over the years we have often been asked if this could ever happen? Now is the time. You will never see Australian Crawl again. It just isn’t possible. This is the next best thing. We’re playing ‘ALL CRAWL’.

Back in January of this year, the Australian Crawl catalogue was released digitally for the first time, with ‘The Greatest Hits’ making it to number one on the itunes chart and number 4 on the ARIA Albums Chart.  At one point, there were five Australian Crawl albums in the itunes top 100, so excited were fans to access their music online for the first time.  In addition to this, James received an Order of Australia for his charitable work and services to Australian music and the arts.