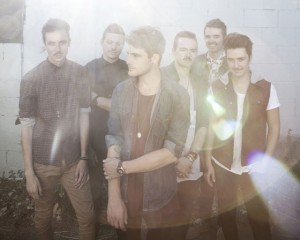 Canberra rock band, HANDS LIKE HOUSES released the music video for their new song, ‘A Tale of Outer Suburbia’ taken off their latest album, Unimagine – available through Rise Records. The video is far from your typical music video; rather it takes an ordinary tale and uniquely interprets it into something quite extraordinary, through an inspiring and achingly powerful artistic performance. Filmed and directed by Joshua Aylett, ‘A Tale of Outer Suburbia’ video can be viewed below.

The band’s guitarist, Matthew Cooper gives insight on the creation, “We have been waiting quite a while to be able to work on a clip with Josh. He’s an amazing director that we grew up with in Canberra and someone that we knew we could create something a little outside of the box with. It’s always interesting approaching video clips with the intention of creating something unique and captivating, separate from the song though as well as complimentary. We absolutely love the final product and it’s definitely one of the coolest projects we’ve been part of.“

To support the release of their new single and video, Hands Like Houses have announced a string of headlining shows. This June, the sextet will head out on a national club run, bringing their powerful live shows to 5 states around Australia. Don’t miss your chance to see Hands Like Houses perform in your city from June 20th. All shows are 18+, tickets on sale at the door only – full details below:

Tickets On Sale At The Door Only