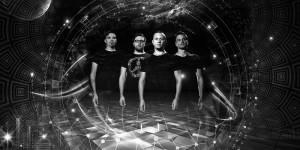 On the back of their highly acclaimed ?2012 debut album The Time Traveller  (‘one of the best debuts in Australian history’ – LifeMusicMedia), Sydney progressive/alternative rockers Breaking Orbit are ready to release the first track? from their forthcoming sophomore album?, Become The Light and hit the road with post-rockers sleepmakeswaves this July/August.

Become The Light is a stratospheric foray into the versatility of sound. Breaking Orbit‘s hallmark manipulation of melody guides you through a sonic journey that seamlessly flows from quiet and contemplative to a controlled and intricate brutality. Esoteric and bearing a preoccupation with the human condition, Become The Light emulates? the sheer depth and complexity? of Breaking Orbit‘s songwriting power.

Breaking Orbit will also join forces with Sydney post-rockers sleepmakeswaves for a national tour throughout July/August, unifying two of Sydney’s most energetic and captivating live acts for one electrifying tour.