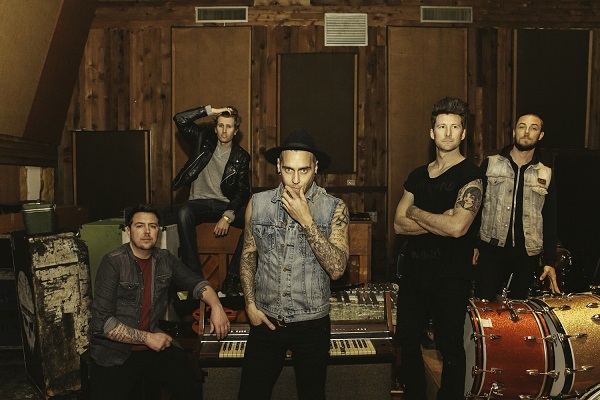 Beloved Florida pop-rockers ANBERLIN have a rich and long-standing relationship with Australian audiences and truly need no introduction. Throughout the band’s illustrious 12-year career that spans six albums and endless world tours, Australian crowds have always welcomed the band with open hearts and minds. Now, dedicated local fans will have an opportunity to farewell this wondrous act, as the band expand their final world tour to include five Australian dates this September.

In a Youtube video posted earlier this year, Anberlin outlined their grand plan to release one final album,and tour it from one corner of the globe to the other, as a truly novel and admirable way to end the band. One whole year of farewells to Anberlin – a truly thrilling prospect for fans worldwide.

Anberlin guitarist Joseph Milligan laid the plan out perfectly: “We want to do this differently than a lot of bands we’ve seen where they just end up falling flat, hating each other. So in 2014 we are going to release our final record and tour the world one more time.”  Vocalist Stephen Christian expounded on the concept: “So we are asking you to join us as friends, as fans, as family, to join us for one last year… We want to make sure that we see every single person that has ever given anything to this band. We want to give them one more show.”  And drummer Nathan Young rounded out the philosopjy nice and simple-like: “We don’t want to fade out; we want to end with hugs and celebrate the life that was Anberlin, and not be bummed about us ending. We’ve been around forever.”

Taking a quick break from working on a new album,  Australia’s favourite alt-rockers, The Getaway Plan will be ensuring stages are sufficiently warmed for these monumental final shows in all states.

For those fortunate enough to nab tickets for these watershed shows, there will be limited VIP ticket experience packages available, comprised of:

This tour will see Anberlin play some of the most electric sets they’ve ever delivered on our shores, and will see the curtain pulled down on a truly remarkable career. Help farewell them in style.

Destroy All Lines And Killyourstereo.com Presents…
ANBERLIN – THE FINAL WORLD TOUR Supported by The Getaway Plan 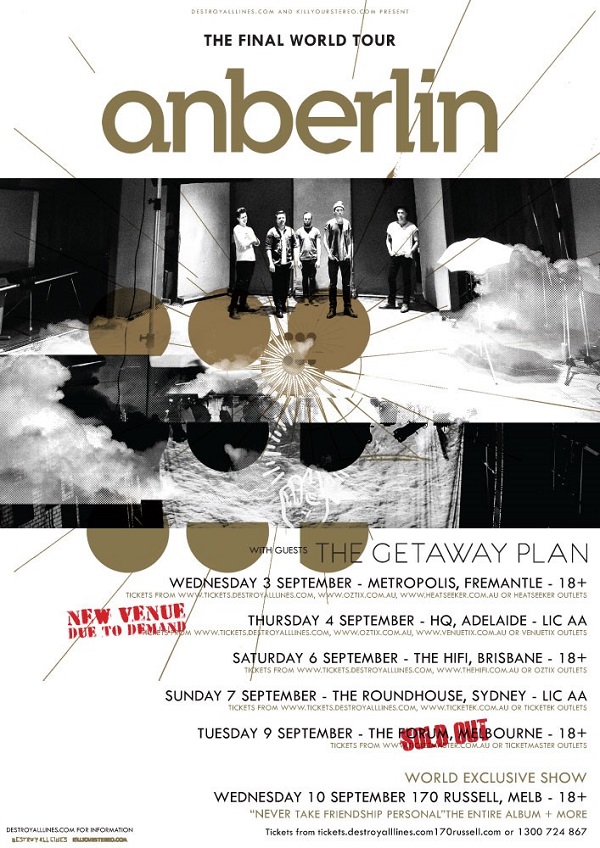