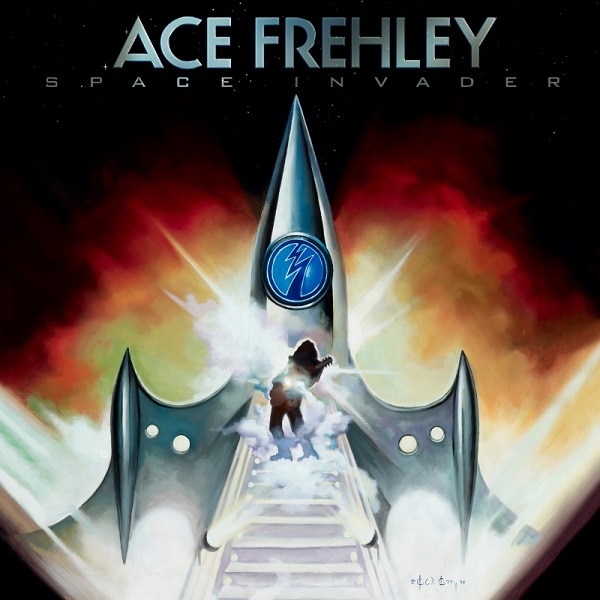 (New York, NY) – Founding KISS guitarist and 2014 Rock and Roll Hall of Fame inductee, Ace Frehley has tapped long time friend and artist Ken Kelly to create the album cover for his upcoming LP SPACE INVADER, due out July 8th. The reveal comes exclusively through Rolling Stone today. Kelly, who created the iconic cover art for two of KISS’s best selling LPS, Destroyer (1976) and Love Gun (1977), says, “It was very exciting when I was approached with the idea of doing an album cover for Ace.”

Ken Kelly is also widely known for his paintings in the sword and sorcery and heroic fantasy sub genres, most notably for the Conan the Barbarian novels. He continues, “I had spoken to Ace on a few occasions about the possibility, so I was delighted when it actually happened.” 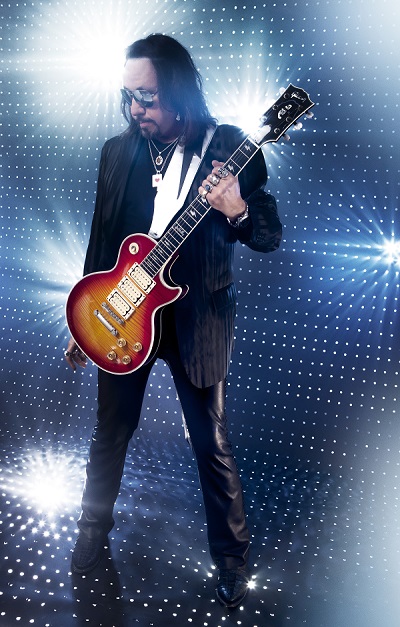 Ace Frehley himself comments, ”I’ve been talking with Ken Kelly since 2007 about painting a CD Cover for me and it has finally happened! I couldn’t be more excited about the new Space Invader cover and the music behind it is also going to rock your world!”

With nearly 35 years between projects, KISS fans will surely be excited about this long-time duo working together again. Kelly concludes, “I am very pleased with the results and proud to play a part of Ace’s continuing successful career!”

ACE FREHLEY will release SPACE INVADER, his first new solo album in five years, via Entertainment One Music (eOne Music) on July 8th, 2014. The album will include at least nine brand new original songs as well as a cover of Steve Miller’s “The Joker.” This album is the first release under Frehley’s new universal deal on eOne Music.

Widely known as the original “Space Ace” and founding guitarist for 16 cumulative years (over 2 tenures) of the multi platinum selling rock band KISS, Frehley is demonstrably the most popular original member. In addition to having the best selling solo album career (vintage or current) among the original foursome, Frehley’s self titled Ace Frehley, released in 1978, went on to sell over one million copies, producing the only Top 40 single, “New York Groove,” from any of the legendary KISS solo albums; (peaking at #13). The massive hit was most recently featured in an episode of cult show Entourage and was also KISS’ second best selling download in 2012, besting such KISS Army anthems as “I Was Made For Lovin’ You,” “Beth” and “Calling Dr. Love” even after 36 years.

Since departing from KISS, Frehley went on to release four more solo albums and one live EP including his most recent effort, Anomaly in 2009, which debuted at #27 on the Billboard Top 200 chart and received a welcoming response among critics. “’Anomaly’ shows why many rock and metal guitarists list ‘Space Ace’ as a prime six-string influence,” said Rolling Stone.

You can catch Ace Frehley accepting his award at the 29th annual Rock and Roll Hall of Fame induction Ceremony on May 31 at 8pm on HBO.