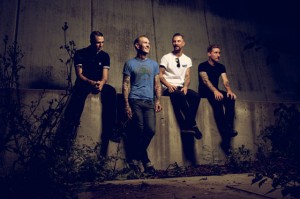 Melbourne four-piece rockers, My Echo has announced a national tour to launch their upcoming release and follow-up Self-Titled EP, which will be out on Friday May 2, 2014 through Ten To Two Records. Exclusive physical pre-order packages including limited 7” double A-side vinyl, and iTunes pre-orders (with instant downloads of the first single ‘Black Water Blues’ and brand new single ‘Lonesome City’) will be available from Friday 18th April at MyEcho.TenTwoTwoRecords.com. All shows are 18+ – for tickets and more info: MyEchoMusic.com.

Packing sweaty rooms around the country on the back of their 2011 debut release ‘The New Approach’ EP and digital single ‘Do or Die’, and supporting numerous Aussie long players Bodyjar, Shihad, Trial Kennedy and King Cannons. Armed with the upcoming and follow-up Self-Titled EP, the band is set to bring their high-energy punk infused Rock ‘n’ Roll to Melbourne, Adelaide, Brisbane, and Sydney stages!

The 6-track EP was recorded with local producer, Hadyn Buxton (Blueline Medic, Trial Kennedy) at Melbourne’s iconic Sing Sing Studios, with a clear focus to capture the band’s revered live energy – Buxton opted to track live to tape. “Recording live to tape was one of the most challenging and rewarding experiences we have had as a band to date”, recalls vocalist Brenton Perry. “There is obviously no room to make mistakes and it made us tighter as a group”. Listen to the second single ‘Lonesome City’ currently streaming onSoundcloud!
123 Agency, Tone Deaf & Ten To Two Records presents

With special guests – Tickets on sale 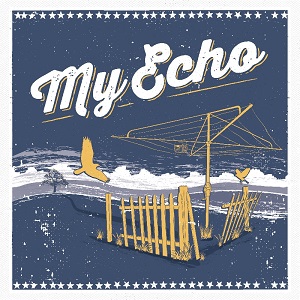 My Echo – Self-Titled EP will be available on May 2, 2014 through Ten To Two Records.

Self-Titled EP featuring the singles ‘Lonesome City’ and ‘Black Water Blues’ is available on Friday May 2, 2014 through Ten To Two Records.