SOUNDGARDEN to celebrate 20th Anniversary of ‘Superunknown’ with multi-format reissue 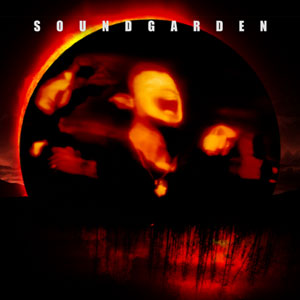 Superunknown Reissue Package out May 30, 2014 via A&M Records/USM

“The best albums define their time, then transcend it. Superunknown is an honest monument to its era and birthplace. Superunknown is also a heavy masterpiece of vision and backbone, a classic of American, progressive hard rock made by a band that, from the start, always aimed higher and farther than its scene, peers and competition.” — David Fricke

On March 8, 1994, Seattle rock band Soundgarden released their critically acclaimed fourth full length album, Superunknown, on A&M Records. An immediate No. 1 in Australia (and achieving double platinum accreditation here) and the U.S., it earned the band two Grammy® Awards, and sold millions of records worldwide. The record yielded such iconic tracks as “Black Hole Sun,” “Spoonman,” and “Fell on Black Days.“ The LP that was often considered Soundgarden’s “masterpiece” helped redefine alternative rock and influenced the course of music history.

This year, the band celebrates the 20th anniversary of this groundbreaking album with a special reissue in two deluxe versions outlined below and available on May 30, 2014 via A&M Records/USM.

A 2-LP gatefold of the original 16 vinyl tracks remastered on 180-gram vinyl in a gatefold jacket will also be made available.

In addition, the Superunknown singles and associated b-sides with newly interpreted artwork sleeves by Josh Graham will be reissued on Record Store Day, April 19th, as a set of five limited edition 10″ vinyl records.

Last night, the band – Chris Cornell, Kim Thayil, Ben Shepherd and Matt Cameron – made available a never-before-heard rehearsal version of album track “The Day I Tried To Live.” Listen to the track on Soundcloud and YouTube.

“Black Hole Sun” and “Spoonman” won Grammy® Awards in 1995, when the album was also nominated for Best Rock Album. The album has also been certified five times platinum by the RIAA in the United States and has sold around 9 million copies worldwide, making it the band’s most commercially successful album. In 2003, Rolling Stone ranked the album as one of the 500 Greatest Albums of All Time and the 100 Greatest Albums of the Nineties. Superunknown debuted at number one on the Billboard 200, selling 310,000 copies in its opening week and reached high positions on charts worldwide.

The band released their first studio album in 16 years, King Animal, in November of 2012 to widespread critical acclaim and it debuted as the No. 1 Rock Album in the U.S. Co-produced by the band and Adam Kasper at Studio X in Seattle, it was released on via Loma Vista/Republic. The first single, “Been Away Too Long,” reached No. 1 on both Active and Rock format charts. PRESS HERE to watch the video for the band’s second single from the album, “By Crooked Steps,” directed by friend and fan Dave Grohl. This year, the band announced that they will be headlining the Sasquatch Festival in the U.S.’s Pacific Northwest over July 4th weekend.

It’s going to be a very loud year.

What the critics said about Superuknown in `94:

“Demonstrates far greater range than many bands manage in an entire career. At its best, Superunknown offers a more harrowing depiction of alienation and despair than anything on In Utero.” (5 Stars)- Rolling Stone ( J.D. Considine)

“It’s obvious that Superunknown was consciously styled as a masterwork, and it fulfills every ambition.” (5 stars) – Allmusic (Steve Huey)

13. The Date I Tried To Leave (Rehearsal)

Beyond The Wheel (Live)