Jake Taylor of In Hearts Wake 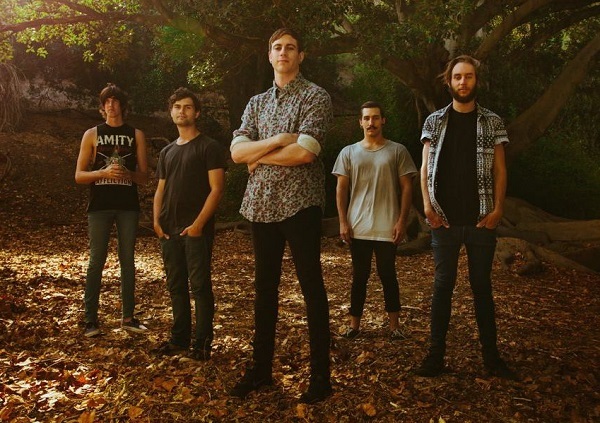 From Bio: INHEARTSWAKE began in 2006 as five individuals brought together through a common interest in heavy music. Inspired by the natural surrounds of Byron Bay they shared an enthusiasm for a better world, which solidified them as friends and acted as the catalyst for creativity. The Byron Bay five piece released their highly acclaimed UNFD debut “Divination” in August of 2012, cementing their position in the hardcore/metal scene. In 2013 they released newest single ‘Skydancer’ and with an album in the works for 2014, look out for In Hearts Wake…

You’re helping to represent Australia as part of the massive Soundwave festival, what can people expect should they come and watch your set?
It’s really cool, it’s an honour and I’m really, really looking forward to the festival. The set will be very alive, we’re definitely eager to play for you people and we’re not taking it for granted, so we will give it everything we’ve got, we always do, we’re not there to slack off, we’re not there to be cool, we’re there to have fun, enjoy it and spread a message.

As I mentioned, the Soundwave bill is huge, is there anyone you’re excited to be sharing the tour with?
Yeah, I’ve been asked this question a lot and I’m still going to answer with Korn, I’m looking forward to seeing Korn. They’re the stand out, after watching them on Video Hits for so many years when I was young and watching them grow and how their sound has been so influential yet so unique, it will be very cool to witness it live and be a part of the festival.

Musically, you released your newest single late ‘Skydancer’ last year, what does the song represent to you?
It represents restoring a connection between man and nature, that was the underlying theme, and I feel it’s a powerful song to me and hopefully everyone else feels the same way, we showcased the story, a true story of natives that are Iron workers and they work extensive hours in a very dangerous job, many of them die or get injured and they’re building a city just to put money in their pockets so that they can provide for their families who live at home on a reservation still trying to maintain the natural ways, so it’s almost a juxtaposition of their lifestyle. So it was an interesting story and we wanted to bring it to life through campaign and through imagery and through the story and just to tell people to live in your city, be on your phones, do whatever it is you need to do, but just remember that we rely on nature to keep us alive and we are nature.

In terms of touring, you’ve done your fair share and out again starting this week, what has been the biggest lesson you’ve learned being out on the road?
Health is the biggest thing, just maintaining your health and wellbeing, if you don’t have your health and your wellbeing you’ve got nothing, you can’t perform at your best, you don’t enjoy your time home or away, there’s both, but particularly on the road you’re looking after yourself is a big one, not getting involved in all that drinking and stuff, it’s fine to do on the odd occasion, but not being washed away by it. Also, learning how to work as a family, your tribe, sharing and how that works, it’s quite different than being at home.

Also touring with a number of acts, have you picked up tips from watching other bands that you now use as part of your show?
Yeah, you know what? You subconsciously pick them up, like how bands are between songs, how they connect a song and how they engage with the audience. Stage presence is another one, you pick up on it and how you integrate it naturally without it being a robotic performance is something that happens naturally. It’s good when you’re just feeling it and you’re not thinking that there’s an empty space over there so I’ve got to go and do that, you do it because it’s natural.

You did mention Korn before, but who or what would you say has been the biggest inspiration in your time in the band that helps you create the music you do?
Not so much now, but as a child, As I Lay Dying were a big one, I like the way that their lyrics, and Tim is unfortunately facing some legal issues right now, but back in the day when I was fifteen his lyrics were not just negative slants on how bad the world was but they were about positive change and awakening and nice messages like that, and the way that the band intertwined the clean singing with the heavy, I think they were one of the first to do it really effectively and do it really well. Nowdays, we don’t actually listen to that much heavy music because we’re always at shows listening to heavy music and we play it which is a joy, but we take a step out from it when we’re away from it, so we listen to The Temper Trap and Coldplay and all types of chilled stuff, and I’d like to think that those elements will start to come into In Hearts Wake more and more while we still stay true to who we are.

With only the one album under your belt from 2012, when can we expect to hear new music?
Definitely sometime this year, there’s no date pencilled, it’s just about finding the time and making the time after Soundwave to really get stuck into that. I can definitely say there will be a whole bunch of surprises that will come to fruition. So 2014 I’m going to say there will be something out.

In listening to the debut album, did you go in with a clear goal as to how you wanted the recorded band to sound or did this evolve in the studio?
It definitely evolved in the studio, we took all our songs pre-recorded demos that we’d done at home into the studio and then it was up to the engineer to sort of put their flavour on it and that’s what a good engineer does, they sculpt and shape what they hear to be your sound. Then obviously with guitar tone we wanted it more like this and more like that, it was our first real recording it felt like, our first album, we were very much kids growing up to adulthood it felt like. Now I feel we’re a lot older now and I’m really eager to see what’s next and how we can really take that to the next level.

So what if anything do you hope to do with the second album that you weren’t able to do on the debut?
I want to add more colours, man. I want to prove that because we listen to so many genres, we’re going to weave them together with our own voice to the point where there’s going to be no song where that doesn’t sound like In Hearts Wake, In Hearts Wake can be whatever In Hearts Wake wants to be, I don’t want to be restricted to breakdowns and fast riffs, I want it to be melodic and really chilled when it needs to be, so very dynamic.

What do you see as the biggest change between the band now compared to your beginnings in 2006?
As fifteen / sixteen year olds you’re testing the weight of the world back then, you see the world as it is but you don’t know how you fit into it, but now being an adult and men in our twenties, we really have a voice now and to be bold, not so much fit into a conformity of what’s good and what sounds good and now we can really have our own voice, so to be bold and just do things differently.

This may be hard to do, but was there a moment in 2013 that stands out above the rest as the best of the year?
Yeah one moment for me which was awesome, was playing River Stage in Brisbane, it’s one of those venues, because it’s outdoors, it’s intimidating, you talk in the mic and it just travels, it doesn’t echo, it doesn’t stop, and seeing three thousand or so faces, and being the first band up to open the Amity tour, you’re the first thing that they hear, you’re setting the stage, you’re warming everyone up, that was really a moment where it was really like a wow, we can do this. It’s the closest city to home, so watching all those people and hearing them sing back a few of the tag lines at the start of the set was just phenomenal, hearing thousands of voices just scream our lyrics was just bazaar. So that was the highlight, River Stage for sure.

On the flip side of that, 2014 has just begun, so let’s grab a crystal ball and predict the future. By the end of 2014, In Hearts Wake will…
Have released an album and… I don’t know… a massive one would be to be nominated for an ARIA, that’s a massive one, I can’t predict it, but that would be a dream.