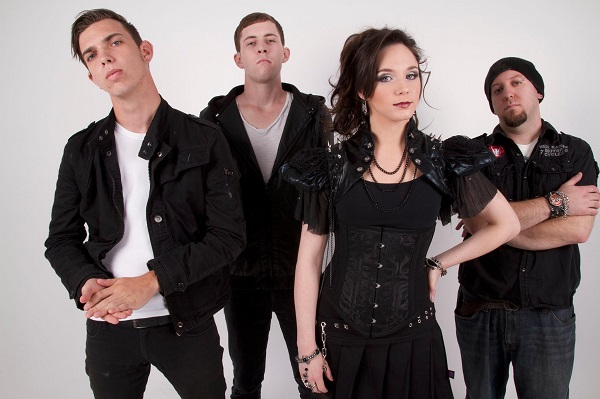 “We are thrilled! Playing Big Day Out is a dream come true! We’ll be playing songs from our new EP and as always, deliver a high quality live show. We pride ourselves on being an excellent live band who can recreate what you hear on our record live. We’ll give great music, played well, with lots of energy. Playing live is a release for us, so we’ll be rocking out with the crowd”

From Bio:  The Reckless Abandon bring a unique and powerful sound, combining their rock, pop-punk and alternative roots with influences from classical, to electronic, to metal. With soaring lead vocals, enchanting melodies, catchy hooks and lyrics with meaning, it’s no wonder the group are turning heads. A burgeoning local fanbase and excellent reputation as a live band are a testament to the group, who plan to record and release new material and tour the country in the near future. Keep your eyes and ears peeled!

Let’s start with the basics; for those that aren’t aware of you, can you please give us the abridged version of the Tiffany Britchford & The Reckless Abandon story, how you all came to be and the decision on the name of the band?
I (Tiffany) released an EP as a solo artist at the beginning of 2012 after getting tired of going through multiple band breakups. I then set out to find some musicians to play the EP live with me at gigs. The current line-up was together by mid-2013 and by late 2013; everything was going so well that we wanted to start extending the partnership beyond performance to include recording and writing. So, we decided to officially become a “band” and Tiffany Britchford & The Reckless Abandon was born! As far as the name goes, my name was kept at the front so that we didn’t lose any recognition we had already built up and to avoid changing URLs! The Reckless Abandon was the name that we all liked. It appealed as an idea and because it is also a Blink 182 song, so we went with that!

Can you now please introduce each band member including yourself, and give us a rock ‘n’ roll fact or myth about each of you?
Tiffany Britchford – vocals, keys, rhythm guitar. Also plays flute and a glow-in-the-dark Theremin (an instrument you play without touching) and plans to work these into new material.

Christian Doyle – lead guitar, backing vocals. He owns many guitars including a clear Perspex one and an explorer. They look badass and make people jealous. He’s studying to be a producer.

Justin Currie – bass. He slappa da bass man! He has an eyebrow ring.

Jake Tucker – drums. Currently the only band member with tattoos!

You have just released your new EP ‘Things You Didn’t Say’, so instead of giving us a standard review, let’s say if you had to give us your best door to door sales pitch to try and convince someone to listen to it before they slam the door in your face, what do you say to them?
Do you like awesome things? Then you’ll love this! Do you like free stuff? Then you’ll love that it’s downloadable free! It’s our best work to date. It’s rock, pop punk, alternative, it’s melodic, it has lyrics with meaning, face melting guitar solos, catchy synth riffs, it’s heavy and fun, it also features a heartfelt piano ballad. If you like real music, played on real instruments by people who can really play it live and put everything they have into it, then you will love this.

In terms of your song writing, what do you consider to be the most important ingredients that make up one of your songs?
I make sure that every song I write says something. The lyrics need to have meaning and emotion. The melodies need to be strong and the structure needs to take you on a journey. I firmly believe that the song is at the centre of everything. Without a good song, it doesn’t matter what else we do! I also believe that all good songs work acoustically and enjoy creating songs with a variety of sounds and influences. I’m a bit of a song writing geek so I could really go on all day if you let me!

Both lyrically and musically, what or who inspires/influences your music the most?
I have a wide range of influences, from classical music I learnt growing up to modern rock, electronic, metal, pretty much anything. Personally, I love the Killers and they are one of my biggest influences lyrically and musically. Also the Beatles, Queen, Muse, Fall Out Boy and hundreds of other bands.

In terms of picking songs from your repertoire, obviously releasing a three track EP would be a hard thing to do, how did you narrow down to the tracks you would include for this release?
Really we went with 3 songs that we all believed in 100%. We are very passionate about these songs and we had already begun playing live for that reason. The audience reaction to them has always been strong and positive too, which only enhances our belief in them.

So in sticking with the EP title, here’s your chance to clear the air and if required, get it out, have you been in a situation where there were things you didn’t say that you wish you had?
So many! I tend to not say things in order to avoid conflict or awkward situations and that means I keep things to myself sometimes. I‘ll usually yell or cry at home instead! I think I say the important things though, so no regrets. The song is about the fact that often, not saying something, kind of says all there is to say.

Not to jump the gun, but are there already plans for future releases?
Absolutely! We started planning the next EP before we even finished recording this one! Can’t help ourselves and we’ve got lots of new material coming. If things go as planned, we should have another EP out before the end of the year.

In big news, you’re about to play the Sydney Big Day Out on Australia Day! Surely must be a thrill for you and the band, and of course we’ll be out there early to support you guys, but tell us about your live show and give us some insight as to why people should start their day by coming to check you guys out?
We are thrilled! Playing Big Day Out is a dream come true! We’ll be playing songs from our new EP and as always, deliver a high quality live show. We pride ourselves on being an excellent live band who can recreate what you hear on our record live. We’ll give great music, played well, with lots of energy. Playing live is a release for us, so we’ll be rocking out with the crowd.

Do you have any further gigs on the horizon, and if so, where can people come and catch you play?
We’ll be supporting GrimSkunk from Canada on January 31st at the Tattersalls Hotel in Penrith and it’s free! We also have other big excited gigs coming up, including interstate shows. We can’t reveal all the details yet but trust us, there is plenty of exciting stuff ahead!

For a bit of fun, say you get the chance to open for any artist or band in the world, who would they be and why?
I think we’d all give different answers! For me, it would be The Killers! I’m sure Jake would say Blink-182, for Justin, someone like Motley Crue and for Christian, as a guitarist, maybe John Mayer.

If you could cover one song in your live set that no one would ever expect, what would it be and why?
Probably something with screaming in it!

Lastly, with 2014 just begun, here’s a chance to gaze into your magic mirror and see the future.  So, by the end of 2014, Tiffany Britchford & The Reckless Abandon will:
1. Have released another EP and at least 1 new music video!
2. Have played loads of great shows, including our first festivals, interstate gigs and supported international bands!
3. Have taken our music to a lot more people who hadn’t heard us before!