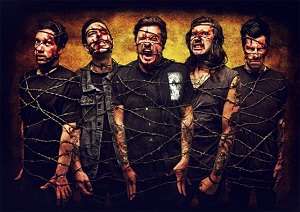 Buried In Verona have a message for anyone that has ever doubted them;

That message is delivered alongside the news that the Sydney metal band will release their fourth studio album, Faceless, on March 7 via UNFD. Fans have already had a taste of the record via it’s searing fan-track “Splintered“, which was released late last year. Next week a second music video will be released for the lead single “Illuminate“. The two videos are Part I and II of a story that watches a group of Faceless characters brutally beat and torture the band and their people, depicting what happens when people fight back.

That message is essentially what Faceless is all about. Since the release of their 2012 album, Notorious, Buried In Verona have become the most polarising band in the Australian Heavy Music Community, simultaneously gaining popularity around the world while getting flamed from their online detractors. Notorious debuted at #20 on the ARIA Charts in June 2012, and saw the band get their first ARIA Nomination in Hard Rock category. They packed out rooms around Australia upon release and went on to support The Amity Affliction on their arena tour. What followed was US Management, a worldwide release and multiple UK, Europe and North American tours with artists like Motionless in White, Attila, Emmure and Chelsea Grin.

With every success, more and more people have taken shots at BIV. Whether it’s jealousy or just straight up bandwagon jumping, online fans have attached everything from the way they look, to their lyrics, music, fans and the way they promote themselves online. Other bands have even attempted Twitter beefs with them, while fans trolled a Facebook event for one of their tours with almost 5000 comments about whether they “deserved” the tour or not.

“We read a lot of things people say about us and most of the time it doesn’t bother us,” says vocalist Brett Anderson, “but when people say that our fans are fucked or that they are lame, that’s when it really gets to us. We aren’t going to change the way we are, and we hope our fans never change the way they are to appease people who like to talk shit. This record is as much a ‘fuck you’ to our detractors, as it is a message to people to keep being themselves no matter what.”

The power of the message is delivered with the kind of energy and brutality you’d expect from a well-weathered metal band that has been around the world and back many times. While “Splintered” is a short and heavy burst of vitriol, the forthcoming singles “Illuminate” and “Set Me On Fire” will also show a more hard rock side to the band. Faceless was recorded in the Michigan with American Producer Joey Sturgis, whose work with Asking Alexandria and Blessthefall has made him one of the most sort after heavy music producers in the world.

Fans will get to hear “Illuminate” and watch the video next Thursday January 23 via the UNFD youtube account. 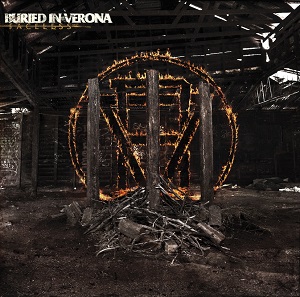