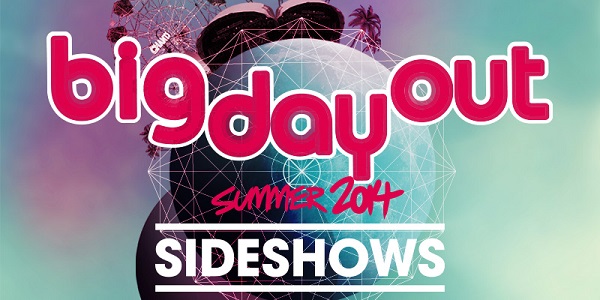 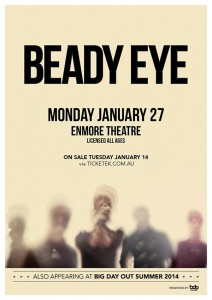 We are proud to announce that BEADY EYE will be playing one very special headline show while they are in Australia for Big Day Out 2014.

Featuring Liam Gallagher, Gem Archer, Andy Bell and Chris Sharrock from the legendary OASISand Jay Mehler from Kasabian, BEADY EYE have picked up where Oasis left off, releasing their “sonically enchanting” (CLASH) album BE to the masses in 2013.

This will be your only chance to see the world renowned Liam Gallagher swagger frontingBEADY EYE in such an intimate setting. 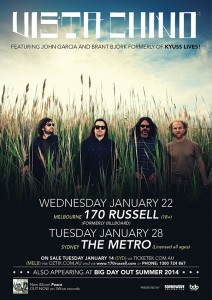 Led by John Garcia and Brant Bjork, VISTA CHINO (or Kyuss by any other name) are on their way to unleash their Californian desert fury across the country as part of Big Day Out 2014.

2013’s critically acclaimed album Peace is an album of “bulldozing stoner anthems” (SPIN), proving that VISTA CHINO show no signs of slowing down. 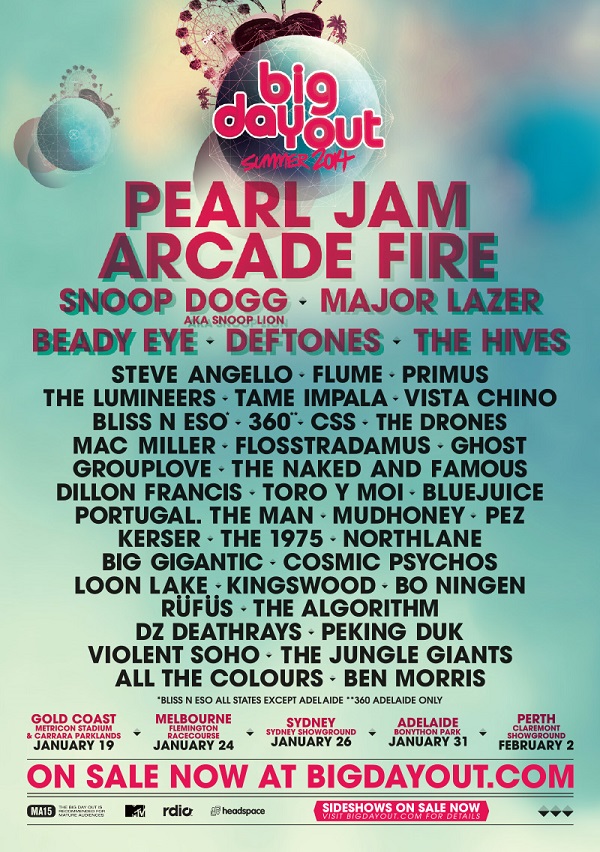