The Smith Street Band Announce National Tour With The Menzingers 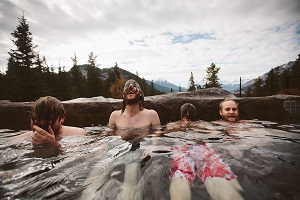 “We’ve never done as much as we did this year,” says Wil Wagner of a year that saw The Smith Street Band play shows in Europe, the UK and America, appear on the Big Day Out, Falls Festival and Meredith line ups and release a 10” inch EP, Don’t Fuck With Our Dreams.

As their profile has catapulted, it has afforded the fiercely independent Melbourne four-piece the luxury of booking their own tours and most notably, hand picking supports. Their latest tour and first of 2014 is no exception, this time sharing their little slice of paradise with Scranton raised, Philadelphia based punk rock outfit The Menzingers.

Needing no excuse to return, this will be The Menzingers third Australian tour in as many years, having previously been on the Soundwave 2012 bill and supporting Pennywise in April of this year. “Australia’s the best,” says Menzingers guitarist/vocalist Greg Barnett, “seriously! We’re really excited to play some cool club shows and I’m also really excited to go to Tasmania for the first time.” 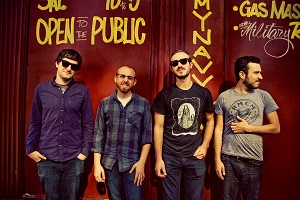 Sharing mutual friends and crossing paths at their performances at Gainesville’s annual punk gathering The Fest, the two bands are yet to grace the same stage, making the Australian tour even more special. “We’ve only briefly met the guys in Smith Street Band but everything I hear about them as people is amazing. It also helps that their band is fucking awesome too,” says Barnett.

While both bands rode a new wave of success in 2013, the New Year signifies a further onward trajectory, with an Australian tour just the beginning. “We’ll be releasing a new record in the American spring of 2014,” says Barnett on the follow up to their Epitaph debut and critically acclaimed 2012 release On The Impossible Past, “and we’ll play anywhere that will have us.” Wagner is equally as motivated. “I’d love to do two Australian tours, one American, one European tour, a Smith Street release and a solo release every year,” he says, “which we’ll achieve next year!”

Adding further excitement to the tour, support on all shows will come from Western Australian off kilter pop-punk band Grim Fandango, fresh from the release of their second full length LP Flicker Noise on Poison City Records.

*The Menzingers not appearing 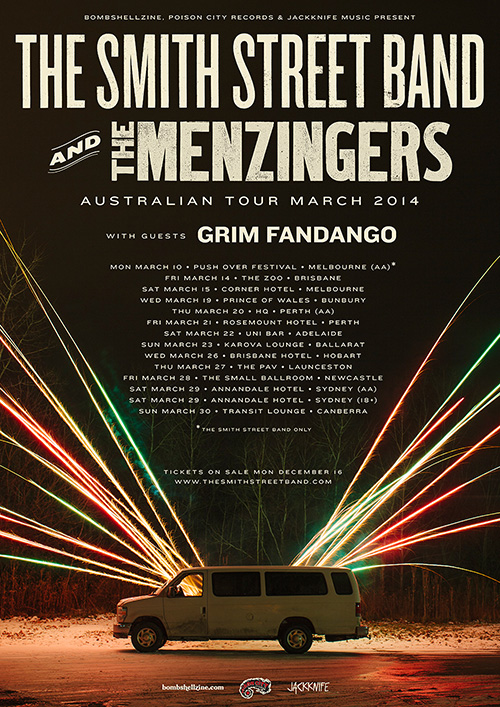