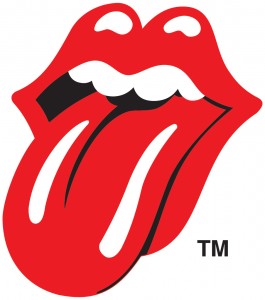 Hot on the heels of the news that The Rolling Stones will open Adelaide Oval, comes confirmation of another six spectacular Rolling Stones shows for Australia and New Zealand.  Frontier Touring & AEG Live today unveil a string of very special ONE NIGHT ONLY shows in Perth, Melbourne, Sydney, Brisbane, Auckland and Victoria’s iconic Hanging Rock as part of the 14 ON FIRE Tour.

Tickets for all shows go on sale to the general public on Monday 16 December, with a pre-sale via frontiertouring.com/rollingstones from Monday 9 December.

Mick Jagger commented: “Can’t wait to reconnect with all our friends in Australia & New Zealand. It’s been a while since we’ve played to you all, so we are looking forward to being back on stage & playing your favourite songs.”

Keith Richards added: “We all had such a ball this year and so we wanted to keep it going! The energy between the band is better than ever and we’re all looking forward to coming back Down Under. I can’t wait to get back on the stage with the boys”

The 14 ON FIRE tour of Australia and New Zealand will take place in March 2014 and will see The Rolling Stones return to the road after a mammoth run of touring through the States in 2013, an exhilarating  and critically acclaimed celebration of Mick Jagger, Keith Richards, Charlie Watts and Ronnie Wood bringing their iconic music and ground-breaking stage shows to audiences around the globe.

A limited selection of “lucky dip” seats from each venue will also be available to purchase at a very special price of just $99 via www.rollingstones.com on Monday 16 December (from 9am local time), ensuring that some of even the best tickets can be snapped up for a bargain by genuine fans.

Mick Taylor, who was a member of The Rolling Stones from 1969-1974, will be a special guest for this tour.

The band will treat their generations of fans to a set of classic Stones hits like “Gimme Shelter,” “Paint It Black,” “Jumping Jack Flash,” “Tumbling Dice,” and “It’s Only Rock and Roll,” curated with lesser known gems, and a cover or two.

The stage design for the indoor concerts is based on the band’s ubiquitous tongue and lips logo, which extends out into the audience. The exclusive ‘Tongue Pit’ GA Standing area inside the stage will give a limited number of fans in this area an incomparable 360-degree concert experience.  Known for their groundbreaking sets and use of cutting-edge technology, the Stones’ set design will feature video screens and special effects that will enhance the high-octane experience of attending a live Stones show.

Promoter Frontier Touring’s Michael Gudinski said “It’s been a life long ambition of mine to bring the legendary Stones back down under and I cannot say how excited I am about their 2014 tour.  With just one night only confirmed for each city plus a very special one-off concert at Hanging Rock, this tour will be talked about for decades to come.”

On 30 March 2014 The Rolling Stones will join a highly prestigious group of artists to have performed at Victoria’s iconic Hanging Rock.

The Rolling Stones were last down under in 2006 on their “A Bigger Bang” World Tour, with shows in Sydney, Melbourne, Auckland and Wellington.  In 2003 their “Licks” Tour saw them perform in Sydney, Melbourne and Brisbane.  Adelaide and Perth last saw the band in 1995, on the “Voodoo Lounge World Tour”, which also included shows in Melbourne, Sydney, Brisbane and Auckland.  Their first ever tour of Australia and New Zealand was in 1965.  The 2014 tour will be their seventh tour of our shores.

With strictly ONE NIGHT ONLY in each location, tickets to see The Rolling Stones on their 14 ON FIRE Tour in March 2014 won’t last long.  Visit frontiertouring.com/rollingstones for details.

*visit www.frontiertouring.com/rollingstones for local times and ticketing terms and conditions

^ or earlier if pre-sale allocation exhausted