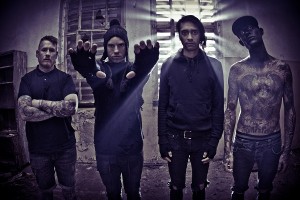 For the last few months I Am Giant have been calling Biarrtz, France their home while recording their sophomore album, the highly anticipated follow up to their critically acclaimed debut ‘The Horrifying Truth’.

The video was shot in Germany by award winning director/producer team Soren and Martin from Berlin based company Mutter and Vater (Bring Me The Horizon, Crystal Castles)

To celebrate the release of the single, I Am Giant have released a prerelease preview of the song https://soundcloud.com/i-am-giant/razor-wire-reality-preview and have announced a short tour of New Zealand and Australia then onto the UK and Europe .

I Am Giant’s new album ‘Science and Survival’ will be released early 2014 via Sony Music.

Tickets on sale Tuesday, 26th November from 9.00AM