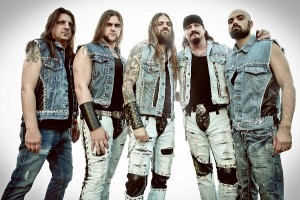 Following the huge success of their first trip to Australia in 2012, ICED EARTH return to entrench their live reputation in this country with a blazing onslaught!

Formed in 1985 by Jon Schaffer, ICED EARTH have released ten studio albums, cementing the band’s reputation for being one of the leading forces of Heavy Metal that withstands all trends and attempts to change by delivering the goods each and every time. The centre-piece of all this being Schaffer’s trademark rhythm guitar style and powerful, in your face lyrics that often combine themes of self reliance, a healthy distrust of authority, history, & science fiction.

With their 2011 full length release “Dystopia”, ICED EARTH introduced their new singer Stu Block and have embarked on more touring in support of this album than the band had seen in the previous ten years, combined. They released a DVD filmed at an ancient Amphitheatre in Cyprus, entitled “Live In Ancient Kourion” in 2012 and have now already begun their “Worldwide Plagues” Tour in support of their new album “Plagues of Babylon” which will hit the shelves in January 2014.

TICKETS ON SALE FROM TUESDAY OCTOBER 22nd at the following outlets:

ALL SHOWS (Except NZ) – www.soundworkstouring.com  – paypal only

Buy through the Soundworks Touring or Prime Cuts Music websites with Paypal and receive a free ICED EARTH sticker! 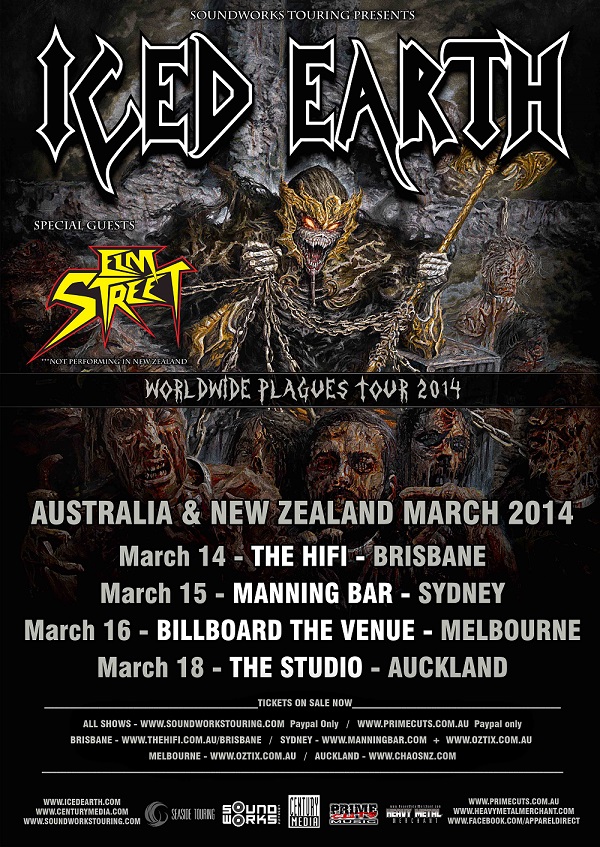