STEEL PANTHER to infect Australia on the Spreading The Disease (S.T.D.) Tour 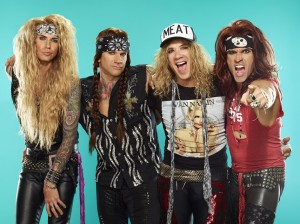 Steel Panther has teamed up with On The List to provide a variety of VIP ticket packages for the tour including dancing on stage, early entrance, meet and greets, photo ops, parties and more.  For more information go to www.SteelPantherRocks.com.