Spiderbait Return With Their First Studio Album In 9 Years! 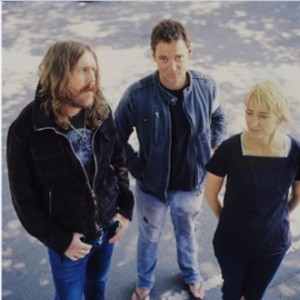 ‘Straight Through The Sun’ is the first taste of the new album from Spiderbait due out in November this year.  This will be the band’s first studio album in 9 years.

Forming in 1989, Spiderbait (Janet English, Kram & Damian Whitty) have sold over half a million albums to date with 5 Top 20 albums in Australia.  In 1996 the band took out the top spot on Triple J’s Hottest 100 with ‘Buy Me a Pony’. This was the first time an Australian band had achieved this. They have since won 2 ARIA Awards, been nominated for 19 ARIA Awards, and scored a #1 ARIA chart single with their legendary track “Black Betty”.

“Straight Through The Sun’ was the first song I wrote for the album”, says Kram.  “I was jamming in a garage a lot with my old 4 track and playing lots of drums, getting back into old epic psychedelic rock in a big way. It was a bit like the song had been waiting there for me.  The lyrics just came to me too, I’ve always liked the Phoenix as a concept – born again from the ashes and then perish in fire – Awesome. Epic. and it seemed to fit the tune”

‘Straight Through The Sun’ will be available for one week as a free download  from Sept 6- Sept 13. Produced by Kram himself, the track is ball busting gut wrenching rock and roll at its finest!

Single – ‘Straight Through The Sun’ – out now