Melbourne’s High Tension will tour the East Coast of Australia in support of new album Death Beat this November. The four piece – consisting of members of The Nation Blue and Young & Restless – will smash out a set in some of the country’s best rock venues; Brisbane’s Crowbar, Sydney’s Spectrum and Melbourne’s home of rock, The Tote.

High Tension offer up a preview of their live show in new video for the ominous Mountain Of Dead. Recorded in the depths of the Aussie bush (terrain courtesy of The Cosmic Psychos’ Ross Knight) where stumbling upon decayed animal skeletons is fairly commonplace, Mountain Of Deadis a tense tune. It feels as if the bushfire that erupts behind the band mid-vid could pretty plausibly have sprung from the strings of Ash Pegram’s guitar or Karina Utomo’s manic glare.

WATCH THE VIDEO FOR ‘MOUNTAIN OF DEAD’ HERE 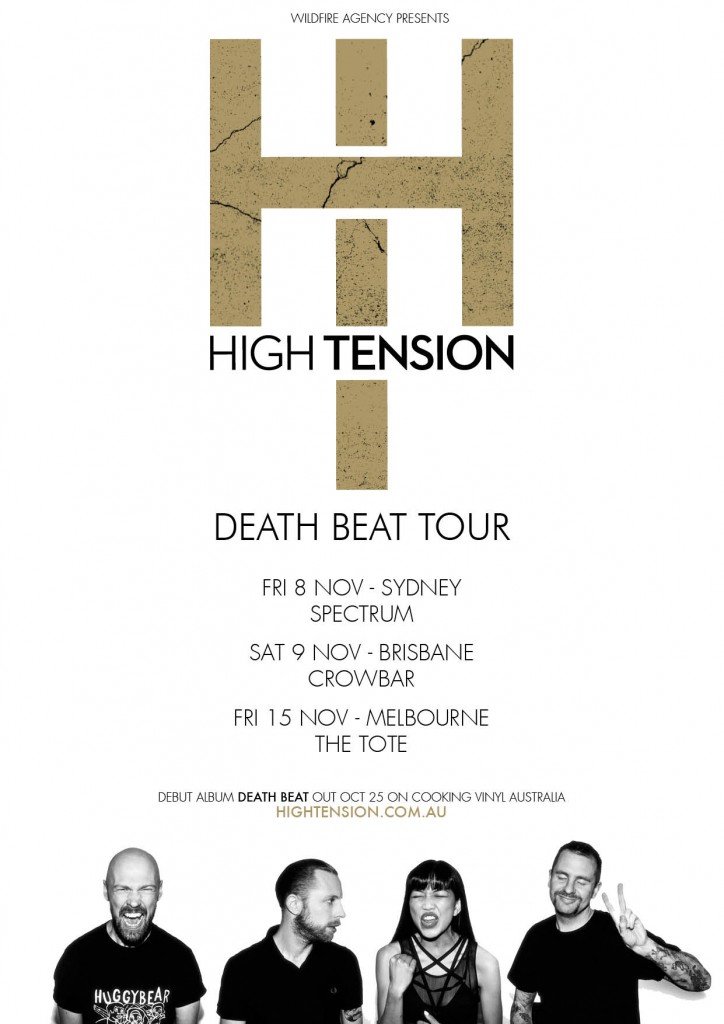