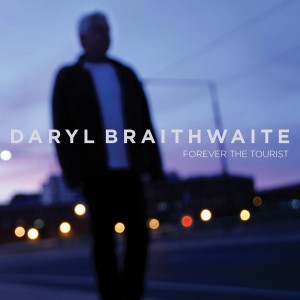 This is the next chapter in one of the of the most extraordinary stories in Australian recording history.

Sony Music Entertainment Australia is proud to announce it has re-signed the legendary Daryl Braithwaite.

Forever The Tourist will be released on the 4th October, 2013 and features 8 original new tracks. It will include the first single ‘Not Too Late’, which will be serviced to radio this month ahead of the Mini Album release.

Since the 70s and the success of Sherbet and more than two decades on from the partnership that produced the multi-platinum albums Edge (1988) and Rise (1990) Daryl has continued to write, record and tour extensively.  Daryl is very proud and honoured to be back at his former label home and relishing the opportunity to release new music.

“Having been fortunate to have achieved musical success a couple of times in my life, it is so very, very exciting to have the opportunity to do something that even in my wildest dreams,  back in 1970, would be almost unimaginable. To think that in 2013 I would be getting another shot to do something that I love is humbling and inspiring,” said Daryl.

Sony Music Chairman & CEO, Australia & New Zealand and President, Asia, Denis Handlin, AM is equally thrilled to have Daryl Braithwaite back at Sony Music Australia.  “Daryl is an icon of the Australian music industry and we are delighted to welcome him home to Sony Music.  We go back a long way and I have always admired him as an exceptional performer. He is truly one of the greatest vocalists the Australian Music industry has ever seen and we can’t wait for everyone to hear this fantastic new release.”

Forever The Tourist will be released through Sony Music Entertainment on