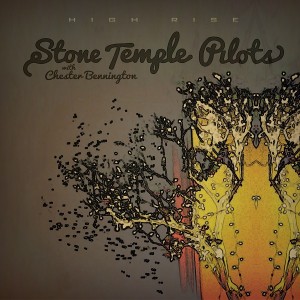 STONE TEMPLE PILOTS with CHESTER BENNINGTON have announced their debut EP will be titled HIGH RISE, and will be released via Play Pen LLC / Sony Music Australia on October 11th. The EP features 5 tracks, including the band’s US #1 mainstream and active rock radio single, ‘Out of Time.‘

The new line up of STONE TEMPLE PILOTS kick off their first US tour on September 4th in Bethlehem, Pennsylvania, and will make their Australian live debut as part of the Soundwave Festival in February 2014.

For further info and tour updates, head to: www.stonetemplepilots.com