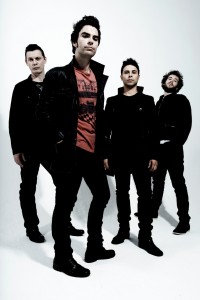 Tickets for STEREOPHONICS’  first East Coast shows in nearly three years have  been long sold-out, leaving many fans ticketless and disappointed. Now due to a change to the band’s tour  itinerary, it has become possible to add a second Melbourne show.

Tickets for this final Melbourne show, at The Palace on Tuesday July 23, will go on sale at midday this Friday, July 5.

My  Live  Nation  members  have  the  opportunity  to  secure  tickets  first,  during  the  members’  pre-sale  beginning  at  midday this Wednesday, July 3. To  permit  the  extension  of the  tour,  Stereophonics’ concert  at Perth’s  Metro  City  on Tuesday July 23 has  been  rescheduled  to Thursday July 25.

All tickets are valid for the new date without need for exchange. If existing ticket holders are unable to attend on the new show date, the refund procedure is as follows.

If you have received a hard ticket (i.e. a ticket in the mail), you will need to post your tickets back to Oztix to be received by close of business, Wednesday July 17.

One of Britain’s most dynamic  and celebrated live bands,  Stereophonics acclaimed live performances are  peppered with a heady repertoire of international smash singles such as ‘Dakota’, ‘Maybe Tomorrow’, ‘Have A Nice Day’, ‘Superman’, ‘Pick A Part That’s New’ and ‘Mr. Writer’, plus classic album tracks from their superb seven album  back catalogue and their latest studio album, the critically acclaimed Graffiti on the Train.

ATLAS GENIUS join Stereophonics as special guests. This follows the rave reviews of their SXSW showcase, a massive two-month- plus debut US headline tour and the April release of their sophisticated and critically acclaimed album When It Was Now.

Previous tours of the US, teamed with strong performances on major US chat shows have propelled the band into the spotlight, earning their debut hit single ‘Trojans’ US sales of more than 250,000.