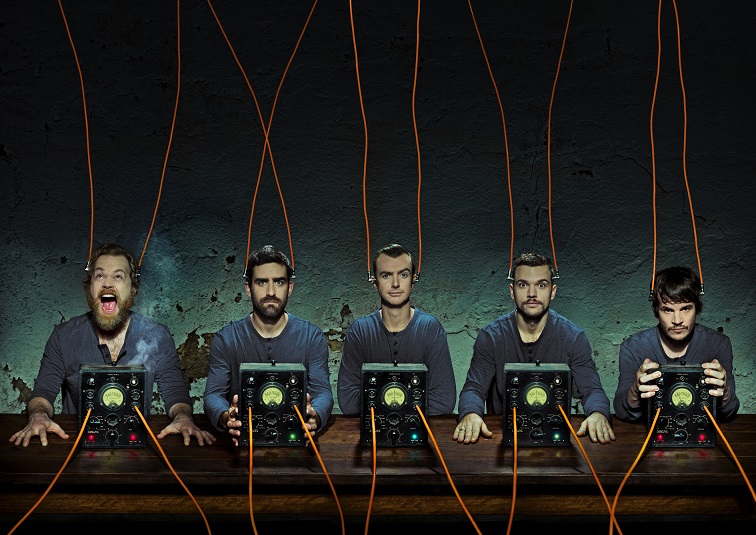 “There’s definitely a lot going on, so it’s hard to sort of capture exactly everything that we wanted to in a first listen. I think that’s where it comes from writing it over such a long time as well, you know songs do get quite complicated in terms of the textures and how much is actually present in a song…”

From Bio: Revolution is a chaotic and unbalanced affair. It challenges the state of things, and for those who revolt against the status quo, it bears both great risk and reward. These truths are as vital in art as they are in any other realm, and it is within these redefining upheavals that Australian hard-rock architects, Karnivool thrive. With their acclaimed 2005 debut, Themata, and 2009’s ground breaking follow-up, Sound Awake, Karnivool established themselves as one of the most vital forces in progressive modern music, Karnivool have belied expectation again with album number three, the brazen and introspective, Asymmetry.

About to head out on tour in Australia is support of their new album ‘Asymmetry’ we chatted with Karnivool bass player Jon Stockman about the album, touring and time signatures…

Firstly, how pumped are you to finally have the new album out there?
Oh extremely pumped, it’s just been such a long process once again and I don’t know, there’s points when it’s just inconceivable that you’re ever going to get to the end so it’s such a rewarding feeling to get it out. We’re really excited to about to go out on tour with it as well.

The name ‘Asymmetry’ is there a meaning behind it you can share with us?
It’s something that sort of sums up the balance or imbalance in the dynamics on the record that we were sort of playing with and I guess there’s some of the heaviest stuff we’ve ever written and some of the lightest stuff we’ve ever written but still some cohesion throughout the record, probably more than we’ve managed to get on our past releases, so it’s just pointing to that in particular.

Four years seems to be the gap between albums for you guys, is that something you set out to do on purpose or does it just fall into place that way?
It’s actually every time we try to narrow that gap and it just happens to be that way *laughs* I think this time around it was interesting as with ‘Sound Awake’ we spent four years in the studio and rehearsal studio writing it and that was like a lot more hours than we spent doing ‘Asymmetry’ and the first two years after ‘Sound Awake’ we actually didn’t get much time to write anything, so the last two years we’ve been writing it. It’s definitely something that we’ve failed to avoid I’ll say that *laughs*

So let’s start getting ready for 2017 yeah?
Yeah maybe, that’d be a safe bet, but once again we’ll try and make it quicker this time *laughs*

Is there a concept that you’ve approached this album with as to me it feels like it needs to be listened to as a whole rather than specific tracks…
Yeah that’s right, it’s especially I guess because of the way to starts and finishes, we were kind of using certain themes of things that we were thinking of and things we were interested in in this period, I guess that’s sort of like a further example of how ‘Asymmetry’ applies in the actual flow of the record and how the set forms symmetry but it’s not identical… there’s the very first song ‘Aum’ is like the dawn of creation, that’s what we were trying to capture and by the end of the record you get to death, but we wanted something that still had a certain warmth about it in the way that the first track did so it wasn’t about a fear of dying or the hopelessness or sadness associated with it, it was more about the peace and surrender that comes with that, so there’s that sort of aspect to it. Across the whole record it sort of flows from these points, and different songs have different references to things that can happen in life itself, not necessarily all of them, that’s sort of a general thing we were thinking of for that. There’s definitely a lot going on, so it’s hard to sort of capture exactly everything that we wanted to in a first listen. I think that’s where it comes from writing it over such a long time as well, you know songs do get quite complicated in terms of the textures and how much is actually present in a song… 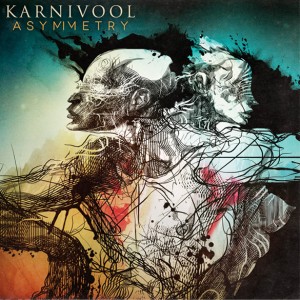 You say complicated, so the time signatures, some of them are just fucked up on the album, how the hell do you remember what to play?
*laughs* Well I guess it’s weird because we never actually set out to write a song in some kind of fucked up time signature it just happens to be in that time signature, If anything the hardest thing is actually playing it live and performing it at the same time I guess, so we can translate it and not make it look like maths. I think on this one there’s one in 17 and another in 15/8 and I think we’ve done just about all of them now. *laughs*

You had Nick DiDia produce the album along with Drew, but what did Nick bring to the table on this album that helped shape it?
Well the sound of the record is something very much that he brought, in particular the way that we recorded it was done deliberately so it wasn’t as much as a polished product as we probably could have done and it was a bit rawer and the way we tracked it was to make it sound more like the band sounds rather than trying to individualise it too much, so there’s an element of rawness and an organic kind of experience that he allowed us to get, so that was a significant thing he brought. He also helped us a lot and got involved with structuring songs as well which was really helpful, we butted heads at times but that was all part of the process.

Do you set out to do things differently on each record as they all do sound like their own, is it a case of not repeating yourselves?
I think when we write music it’s interesting to us in the first place, so we don’t actually go in there trying to write something, you know what I mean? By the nature of that it’s always going to be different and we’re not really too bothered in trying to match anything that we’ve done before and that’s not to say that we won’t I guess by the same sort of process but it’s something that we’ve never really paid too much attention to so that we don’t get trapped by it more than anything.

So in that case, with three different albums now, can you give me one word to describe:
Themata: I’d say that’s about ‘Hooks’
Sound Awake: Lures
Asymmetry: Probably about ‘Burly’

All about fishing?
Yeah… If anything we hope we don’t make a sinker if anything… *laughs*

The one thing you guys do more often than releasing albums thankfully is touring, and you’re back in Australia to play some shows, what can we expect to hear at these shows?
Well it’s going to be featuring songs off the new record and it’s the first time we’re going to be playing them live, so we are pretty excited about that, it’s just fresh tunes from us and it’s just a fresh way to start off a new touring cycle as well. So they’re going to be some really exciting shows for us and hopefully everyone else that comes along as well.

Have you had a chance to play any new ones live yet?
Yeah we’ve played a few of them, we were road testing a few last year and on the European festivals we just did we did a couple as well, and we’re really happy with the way they’ve translated live and there’ll be more than that on this Australian tour.

Now, you’ve just been overseas playing some festivals including the Download festival, tell us about that experience…
Well Download was amazing, it’s a huge festival, so many bands are playing, it’s horrible weather even though it’s the middle of summer, it just becomes a mud fight and some ends of the grounds and some of the bands that were playing were amazing, like Iron Maiden had a spitfire fly over the audience just before they start *laughs* and all sorts of crazy shit like that, it was really good.

To me sometimes it feels like you guys sit a little under the radar yet so many people are huge fans, I know Slash is for instance and has mentioned you in an interview he did with us once, how does it feel to have that sort of praise?
Oh it’s amazing I can’t tell you how awesome that feels, I really can’t express it, it’s such an honourable thing for people to do for us and on or behalf to be that supportive of your music, it’s really special.

After the Australian tour, what does the rest of the year look like for the band?
Well once we’ve finished this Australian tour we’re going back to Europe to do another month of touring over there and I’m not sure at this stage what the very end of the year hold for us, but there will be a lot more touring next year as well.

Is that in Australia or back overseas?
Both and we’re actually trying to get back into our writing this time so that we can maybe make it less than four years *laughs*

I guess you need to balance Ian Kenny’s time as well?
Yeah that’s right, we’ve been pretty successful at managing that, so we’re pretty independent of needing Kenny to be around all the time and that’s good because it doesn’t hinder anything really. Good management and good organising, that’s about all it comes down to *laughs*

Well thanks for your time Jon, see you at the show and hopefully we will hear something sooner than 2017…
Yeah hopefully, I’d like that a lot… *laughs*

Catch Karnivool on tour with special guests Northlane in Australia at the following dates:

Tickets for all shows on sale now from www.karnivool.com.au