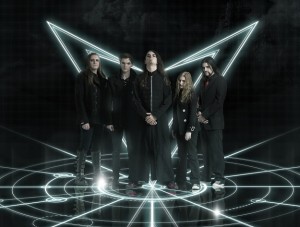 Perth’s most brilliant metallers of the progressive kind, Voyager are bringing their much anticipated live show to Brisbane in support of their heralded new album. The Meaning Of I. They came with Children of Bodom, they came with Alestorm and now they are coming for you.

They will be officially launching The Meaning Of I at Brisbane’s Crowbar in Fortitude Valley on Friday, August 23 with The Matador in support. There is also room for TWO bands to open the night and Voyager have made those slots available to anyone who wishes to apply.

Simply contact the band via voyager.management@gmail.com by Friday, Aug 2 with Soundbytes, Links and other praise for your music and the band will get busy selecting. Getting support slots is not an easy task which the band themselves remember vividly when they first started out so they want to give back to the scene that has always supported them.

Voyager will also be appearing at the Melbourne installment of this years highly anticipated Progfest on Saturday, August 24 at the Espy.

The Meaning Of I is out now via the bands online portals and at select retail
www.voyager-australia.com  & www.facebook.com/voyageraustralia