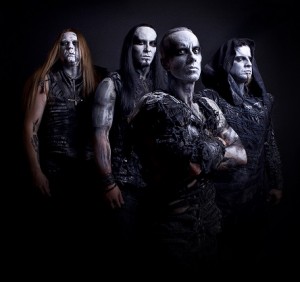 Is there anything left to say about BEHEMOTH? If you are honest to yourself, not really – but let’s give it a shot. Polish blackened death metallers have achieved what only a few bands in that genre will ever be able to reach for. After years of relentless touring and releasing even stronger music with each output, all the hard work has paid off & very few, if any, lay ahead of them. With each tour in Australia since 2006 growing in stature and anticipation, this 2013 tour will surely be the one to top them all as BEHEMOTH, punish us with their formidable and incredible live performances and vitriolically spew forth their hellacious hymns the way they should be. This band is UNSTOPPABLE!!

Unleashing a likely tour de force in maniacal death metal brutality, a celebration of music in it’s darkest and most inhuman form, HOUR OF PENANCE have ascended to an even greater height of precision savagery. Every population has its cancer, every movement its enemies. Be the wolf amongst the flock. Embrace the barbarity! HOUR OF PENANCE storm Australia for the first time for a spiteful and malicious set of shows!

BEHEMOTH with HOUR OF PENANCE and local supports performing at:

Buy through the Soundworks Touring or Prime Cuts Music websites with Paypal and receive a free BEHEMOTH sticker!