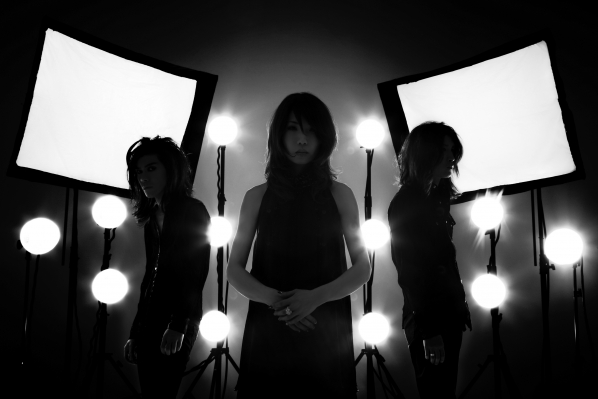 “Well, new things are always waiting for us. Even though more than 20 years have passed, we haven’t changed much since we were onstage at small clubs in Tokyo. We still feel like rookies. Would you ask a rookie about career highlights?”

From Tour Release:  Boris have earned a rabid cult following thanks to their uncanny ability to expertly blend a variety of genres into one cohesive and potent concoction of sounds. Be it psychedelic metal, colossal drone, blistering punk or distortion-ravaged shoegaze, a Boris song is an exploration of sound as a physical mass.

We had Atsuo from Boris answer some questions for us, well they got translated and then answered and then translated back, thankfully there are no purple monkey dishwashers in here, but check out what Atsuo had to say ahead of their Australian tour starting next week.

Thanks for taking the time to answer some questions for us today. Firstly, we’re here because you’re heading back to Australia for some shows, but more importantly to play the ‘Flood’ album in its entirety for us, what was the idea behind putting this show together?
It started because we played Flood last year in Japan at the Leave Them All Behind 2012 festival, which was really good. When we go on big tours, it’s usually after we’ve released a new album. So, we always have to focus our set list on songs from each new release. We’ve been touring overseas many times since 2005, but we haven’t played much from our albums released before that time. That’s why we thought we’d like to a show that was focused on Flood, and include material from our past and our future, including new songs.

You were only here last year, what is it that keeps you coming back to Australia?
We had such a great response last time, so we wanted to come back soon.

For someone who has never seen one of your shows, can you explain a typical Boris show for us?
As I mentioned before, on this tour, it will be a show in which you’ll be able to feel Boris music from our past and through to our future all, on the same night.

You’ve just finished up in the U.S. how did the shows go over there?
It was the best tour ever. We’d like to tour Japan and Australia with the same kind of good atmosphere.

Back to the music, in the two years since your last releases, has anything specifically inspired you to create new music?
We’ve already released 2 new albums this year. They’re only on Japanese labels, though. When we were making three of our more recent albums, New Album, Attention Please and Heavy Rocks, we felt like we could see a wider world, that we could see our path up until that point, as well as the future. We still hear musical ideas in our minds, so we want to keep working on our ideas and put them into concrete form. Our works themselves influence us a lot. Because we’ve been making a lot of music that can only be done in the studio while recording, we feel like it’s time for us as a band to get back into doing things live.

Can we expect to hear a new album anytime soon from Boris? If so, what can we expect on it?
We’ve already finished working on some split releases and compilations. They’ll be released very soon.

At now over twenty years as a band, has there been a career highlight over that time you can share with us?
Well, new things are always waiting for us. Even though more than 20 years have passed, we haven’t changed much since we were onstage at small clubs in Tokyo. We still feel like rookies. Would you ask a rookie about career highlights?

Also, what do you think is the biggest thing you’ve learned as being part of the band?
I guess each of us has our own roles. We do what we can do. That’s why only I answer interviews.

Musically, how do you feel you’ve evolved over this time?
We’re gradually losing our established preconceptions of music. Fundamentally, we’ve been changing how we think about capturing sounds.

What does the remainder of 2013 have in store for Boris?
We’ll be recording. We’d like to conclude what we’ve been working on. We’re introducing new songs at our shows, so we’d like to make them into an album.

Catch the Boris on tour in Australia starting next week

Tickets on sale now from www.handsometours.com