Heaven’s Basement set to release their debut album ‘Filthy Empire’ on May 24, 2013 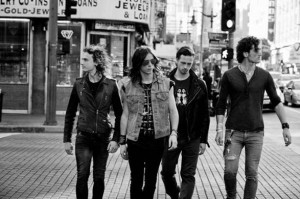 HEAVEN’S BASEMENT, announce the release of their long awaited debut album Filthy Empire, which will be released on May 24, 2013 via Shock Records.

Filthy Empire delivers the high-wire swagger of Led Zeppelin and the outlaw chaos of Guns’n’Roses, without ever copying their moves!

Don’t be like your heroes, be as good as them, seems to be HEAVEN’S BASEMENT’s game.

“We wanted to take the ambition of all the great rock’n’roll that came before us, the essence, but make it sound completely modern and relevant,” explains lead guitarist Sid Glover.

“I want people to say , ‘Fuck man, I haven’t heard an album that’s made me feel this pumped up in ages, I haven’t seen a band with this much energy and ‘Go fuck yourself’ attitude…’”

It’s hard to imagine the album stirring any other kind of reaction, to be honest, and for HEAVEN’S BASEMENT, this is clearly only the beginning. 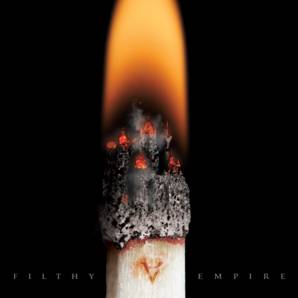