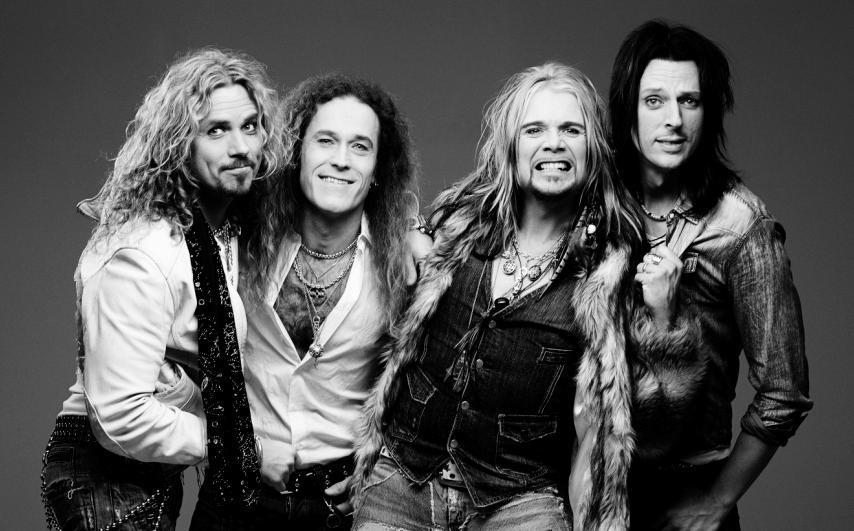 Watch out for the unruly dogs coming from Sweden ! The Poodles are ready to rock the house with their new album “Tour de Force” out in may on Frontiers !

Frontiers Records is excited to announce the anticipated return of THE POODLES with the release of the band’s fifth album “Tour de Force” on May 17th in Europe and May 22nd in North America.

“Tour de Force” is the eagerly awaited follow-up to their Swedish No. 1 album from 2011, “Performocracy”. Behind the wheel, taking on the duties of producer for a fourth time, will be Mats Valentin and once again the band wishes to underline with the album title their superb entertaining abilities both as Hard Rocking studio unit and as live act. “When writing and creating music we try to do something that we would love to listen to ourselves. It’s always been important for us to do music close to our hearts“, says bass player Pontus Egberg. “I do feel however that there’s a newly found playfulness about a lot of the tracks. I’m not quite sure what it is myself but it’s great!”

With songs like “Shut Up”, “Happily Ever After”, “Kings And Fools” and “Going Down”, The Poodlesstay true to their legacy of powerful, melodic Metal while at the same time stretching into a new, more playful arena, flirting with influences from the past but always with a watchful eye on the present and in to the future.
In May 2013 the World Championships of Ice Hockey will be held in Stockholm, Sweden and the official theme song for the Swedish team will be performed by THE POODLES! “The Swedish team wanted a great song to help cheer the team and the fans on during the games. Apart from a great song they also needed an artist/band to perform the song that could put some fire in to it” tells Pontus. A fruitful collaboration between songwriters Anders Wikström (Treat) and Fredrik Thomander (Scorpions, Treat, Gotthard) and The Poodles came about and it resulted in the powerful sing-along, raise-your-fist-in-the-air rocker “En För Alla För En” which will be impacting at Swedish radio and TV on March 27th and is an exclusive bonus track for the physical edition of the album.

Another single from “Tour de Force” – “40 Days and 40 Nights”- a song which promises to entice both Poodles fans and anyone with a passion for rock n’ roll will impact at radio and available for digital sales on April 26th.

“Tour de Force” will include the following tracks:
Misery Loves Company; Shut Up!; Happily Ever After; Viva Democracy; Going Down; Leaving The Past To Pass; 40 Days And 40 Nights; Kings & Fools; Miracle; Godspeed; Now Is The Time; Only Just Begun; En För Alla För En (bonus track – physical edition only).

More good news is that THE POODLES will be on the road to promote the new album! “We are kicking off the tour by doing three dates in Spain April 25-27. Then we are going to start touring mainly in Sweden in May and all through the summer. We are playing the H•E•A•T-festival in Germany in November and we are working on more European dates during the fall.” says Pontus who looks forward to rock THE POODLES fans all over the world: “We love you, missed you, it’s been far too long, we hope you’ll love the new album as much as we do and we are looking forward to seeing you all soon on tour!”

After the gold and platinum records and the top chart results THE POODLES achieved in their home country Sweden, now it is time for them to take on the world! 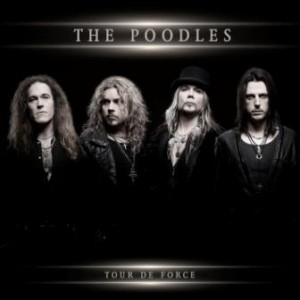