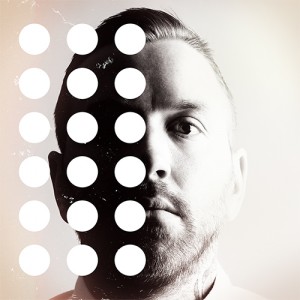 “…tells a story with a sincerity and fluency that is truly masterful.”— BBC

City and Colour—acclaimed singer, songwriter and performer Dallas Green—will release his highly anticipated new album, The Hurry and The Harm, May 31 on Dine Alone Records. Available as a pre-order April 9 on iTunes, the record will also be offered as a deluxe version, which includes three bonus tracks (a new exclusive song, “The Way It Used To Be,” as well as acoustic versions of “Of Space and Time” and “Harder Than Stone”). Deluxe pre-orders will also include an instant download of the track “Thirst.” As a special preview to fans, a sneak peak and free download of “Of Space and Time” is now available here. Additionally, an exclusive in-studio album teaser recently premiered at YouTube.

The Hurry and The Harm is Green’s fourth release as City and Colour and follows 2011’s Little Hell, which received widespread critical and commercial praise. The album debuted at #1 on Canada’s Top 200 Chart, #28 in the U.S., #2 in Australia and top 40 in the U.K. and went on to be certified RIAA Platinum in Canada and RIAA Gold in Australia. Moreover, Spin magazine asserts, “Just as his piercing voice and languid tunes echo Neil Young’s rustic side, a Neil-like tough-mindedness runs through Green’s stark meditations,” while NPR’s World Café praises, “blends folk, country and blues to create a mood designed to commiserate and uplift.”

Recorded at Nashville, Tennessee’s Blackbird Studios during the fall/winter of 2013, the new album was produced once again by Alex Newport (At The Drive-In, Death Cab for Cutie and The Mars Volta). In addition to Green, the album features Jack Lawrence on bass (The Raconteurs, The Dead Weather), Bo Koster on keys (My Morning Jacket), Matt Chamberlain (Pearl Jam, Fiona Apple) and James Gadson (Bill Withers, BB King) on drums and Spencer Cullum (Caitlin Rose) on pedal steel.

The Hurry and The Harm Track Listing: