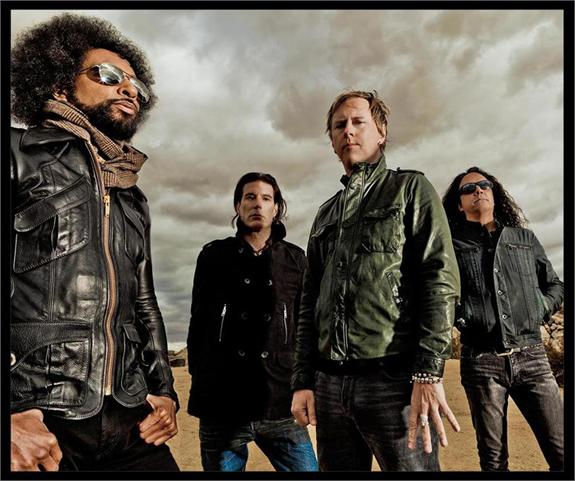 Alice In Chains have announced a May 24th release for highly anticipated new album‘THE DEVIL PUT DINOSAURS HERE’. Those who can’t wait that long to hear new music can receive an instant download of new single “Stone” by pre-ordering the album on iTunes: http://smarturl.it/BuyAIC

The band, who grace the cover of this month’s Revolver  magazine in the US, will perform“Stone” April 10th on “Jimmy Kimmel Live!”  “Stone” follows the album’s hugely successful first single “Hollow,” which hit No. 1 on both the Mainstream and Active Rock US radio charts, while its companion video has amassed more than a million views on YouTube.

“We’re excited about this album,” vocalist/guitarist Jerry Cantrell recently told Rolling Stone. “We made a record that’s completely different from anything we ever did. You see growth and that the band is moving ahead in new territory that we haven’t been to before, but we haven’t lost our identity.”

Album track listing is as follows:

On April 25th, Alice In Chains will hit the road for a US, Latin American and European tour that will see them playing an electrifying mix of new songs and classic tracks. Don’t miss your chance to see them live – full list of dates here – www.aliceinchains.com