Stryper – Bleeding From The Inside Out, new single out now! 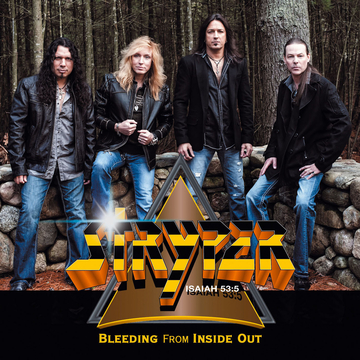 STRYPER today released “Bleeding From the Inside Out“, the first digital single off the forthcoming album “Second Coming” due for release on Frontiers Records on March 26th in North America.  The song is one of the 2 original tracks which can be found on this new release (with the other being “Blackened”). The other 14 songs making out the new album are brand new recordings of STRYPER classics taken from the band’s first three albums “The Yellow and Black Attack”, “Soldiers Under Command” and “To Hell With the Devil”. Second Coming is produced by Stryper frontman Michael Sweet.

The single can be ordered for download via iTunes (t.co/jncC4QST20), Amazon and other fine shops and can be streamed digitally through Spotify (http://open.spotify.com/album/5nFgnOZxxRca1bT2ZLK75R).