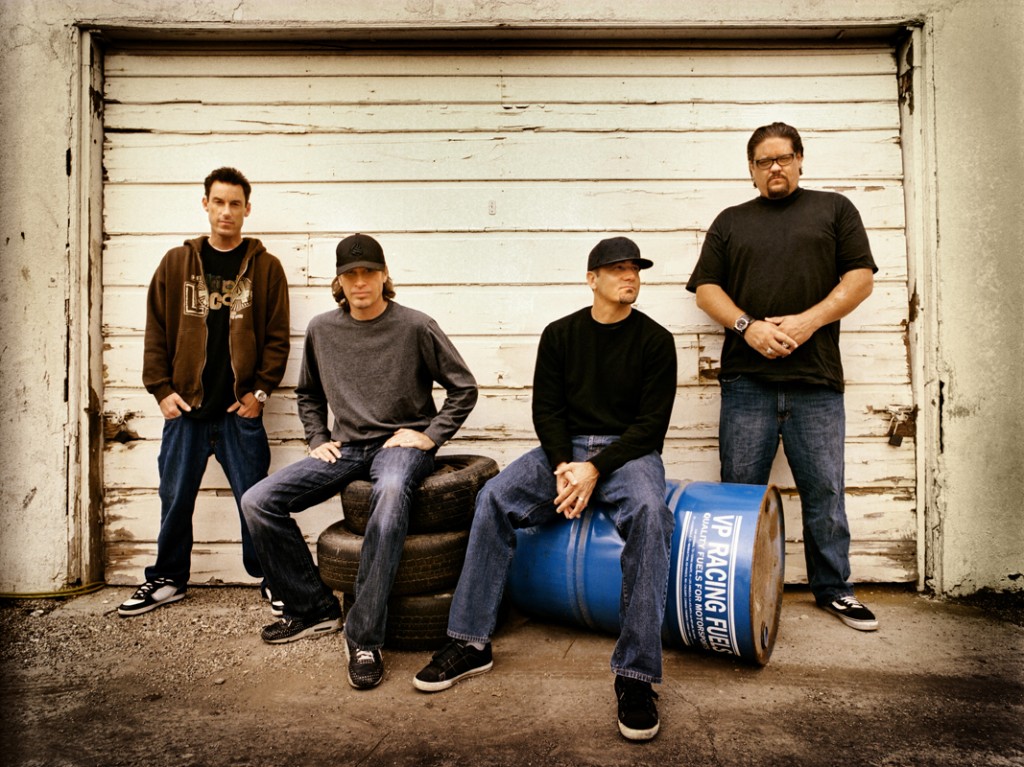 Adelaide, put down your pitchforks! PENNYWISE will be playing in your fair city this April!

Despite time constraints and limited venue availability, the band were desperate to appease their fans. PENNYWISE, along with Soundwave Touring, have come together with a plan to split the losses, and make this show work at the end of the tour.

Tickets to all shows go on sale Friday 8th February, 9am.

On October 29, 2012 PENNYWISE announced the return of the band’s original vocalist, Jim Lindberg. The band stated that “We’re happy to announce that Jim is rejoining Pennywise and we’re all looking forward to playing music together again.” This news was received with sheer delight of fans across the globe.

On January 18, 2013 the first of the reunion shows were played and within minutes this reunion went from hype… to historic. “A storied legacy is one thing; a punk rock silver jubilee is another. For a quarter-century these Hermosa Beach punks have earned every bit of adulation that this comeback show afforded.” – SoundCheck.com

Marking their 25th anniversary PENNYWISE are returning to Australia with their middle finger raised high in the air.

And just to prove even further that this will be one for the ages PENNYWISE have invited punk rock legends FACE TO FACE along for the ride. Hailed by critics and fans as one of the most important bands during the punk-revival 1990’s, FACE TO FACE have carved out a brilliant career most notably playing balls to the wall punk rock shows.

Joining PENNYWISE and FACE TO FACE are Philadelphia natives, THE MENZINGERS, who have been turning heads in the punk world.  A mixture of catchy punk rock and honest lyrics THE MENZINGERS are raw, rough, and bluesy.

All tickets held for the August 2012 postponed Pennywise shows will be honored at the rescheduled shows.

To our friends in Adelaide, we haven’t forgotten about you, please stand by for further details as we continue to work on an Adelaide show for you. We will have more information soon so hang on to your tickets!

TICKETS ON SALE FRIDAY 8 FEBRUARY, 9AM

Under 18 ticket holders for the Brisbane Eatons’ Hill show can obtain a full refund from the point of purchase.