Cancer Bats + Kingdom Of Sorrow + This Is Hell – Sidewave announced! 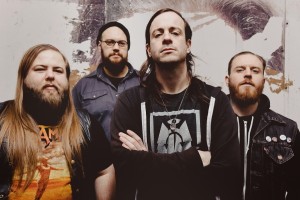 Boasting a line-up that includes members of such influential metal bands as Hatebreed, Down, Crowbar, and more, KINGDOM OF SORROW has arrived to stake its claim as the band that lives up to its super group status.

Jamey Jasta (Hatebreed) and Kirk Winstein (Down/ Crowbar) are often-copied, yet never duplicated metal luminaries. KINGDOM OF SORROW is the incredible next step in the illustrious careers of two of metal’s most-celebrated heavyweights. Their latest album ‘Behind The Blackest Tears’ more than lives up to the super group’s status and “is all riff, power and thunder. Brilliant.” – Rock Sound

Loyal Melbourne CANCER BATS fans who have held on to their tickets for the previously postponed July 2012 tour have been rewarded! CANCER BATS have come to the party bringing in tow KINGDOM OF SORROW and THIS IS HELL!

TICKETS ON SALE WEDNESDAY 13 FEBRUARY 9AM