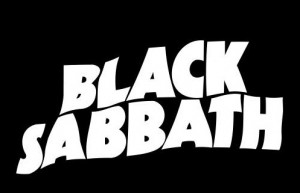 BLACK SABBATH With Special Guests SHIHAD – CITY OF CHURCHES – PREPARE FOR THE PRINCE OF DARKNESS!! – ONE SHOW ONLY!
BLACK SABBATH– the band credited with creating heavy metal and one of the most influential bands of all time – has heeded South Australian pleas, confirming that their first Australian tour in nearly 40 years will now include Adelaide for ONE SHOW ONLY.

Original band members – the Prince of Darkness himself: Ozzy Osbourne, bassist Geezer Butler and guitarist Tony Iommi – along with New Zealand rock royalty SHIHAD, will wrap up their first Aussie tour since 1974 at the Adelaide Entertainment Centre on Tuesday May 7.

Tickets for this once in a lifetime show will go on sale at 9am Thursday March 7.

My Live Nation members can access tickets first, during the exclusive member pre-sale starting at midday Monday March 4. Sign up at www.livenation.com.au

Black Sabbath is currently recording their first new studio album in more than 33 years, helmed by seven time Grammy winning producer, Rick Rubin. The album, 13, is due for release this June (through Universal Music Australia).

Tickets on sale for Adelaide 9am Thursday March 7.

All other cities on sale now