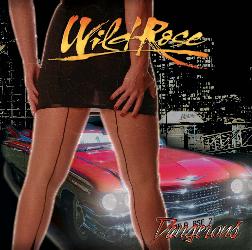 Wild Rose originally was formed in Spring 2004 by Andy Rock. Due to problems finding the right musicians which could play a proper AOR sound, the line-up wasn’t stable for a long time.

After trying for two years and continuous changes in the song-writing, Wild Rose formed a basic line-up, which was introduced in 2006 to the audience with songs composed by Andreas Peyos. In 2007 Wild Rose released their first promo CD entitled “It’s all about love” which contained the same title track and “Too Late”, a song that was rapidly accepted and loved by the audience for AOR music. At the same period Wild Rose performed as the support act on Talisman’s farewell tour in Greece.

At the beginning of 2008, two members took a break from Wild Rose to take care of their military obligations. The band was put onto hold for a while and Peyos continued to work on the song material. They returned in mid 2009 and recorded a 10 track demo CD with tracks written by Peyos and Dirty Haris. These songs matured through the rehearsal process and ended up in professionally recorded versions on the band’s debut album “Half Past Midnight” which was finally released in October 2011 and received great results in the AOR specialized press.

You can check out our ‘Best Thing You’ve Never Heard’ feature on Wild Rose from 2011 HERE as we loved these guys!

During the year 2012, the band has worked on new songs and recorded their second album “Dangerous” which will be released on February 22nd 2013 on the AOR Heaven label. This release was produced & mixed by Andy Rock and co-produced by Wild Rose between December 2011 and September 2012 at WR Studios Thessaloniki, Greece  and is the first to feature new main vocalist David A. Saylor (Push UK).

Check out some soundfiles in advance HERE:

You can find out more about Wild Rose at: