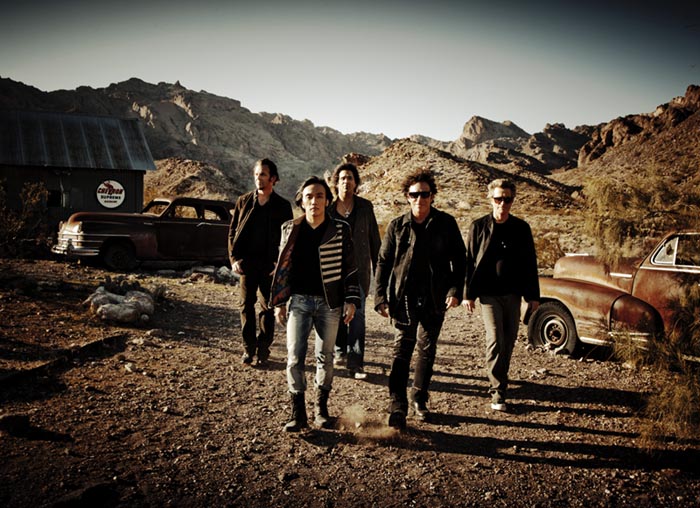 Produced by acclaimed producer and long-time Journey collaborator Kevin Shirley (Led Zeppelin, Rush, Aerosmith), ECLIPSE is Journey‘s 14th studio album and was originally released in the United States on May 24th, 2011 exclusively at Walmart.  ECLIPSE, the second Journey album with lead singer Arnel Pineda, debuted at #13 on the Billboard Top 200 Album chart and includes the tracks, “City Of Hope” and “Resonate”; both songs were Top 10 radio hits at Classic Rock radio with “City Of Hope” reaching #4 and “Resonate” climbing to #8, respectively.  USA TODAY declared “Journey fans…will love Eclipse”, whileClassic Rock Revisited avowed “Journey delivers a bombastic guitar oriented album…it is the most adventurous, creative and powerful album they have made…”

Journey just wrapped a highly-successful, extensive five month North American tour, and is gearing up for their first-ever tour of Australia, followed by a return to Southeast Asia and Europe.

Since its formation in 1973 in San Francisco, Journey has earned 19 Top 40 singles and 25 gold and platinum albums.  The band’s Greatest Hits album is certified 15 times platinum, bringing Journey into the elite club of Diamond-certified album holders.   Journey was awarded the prestigious “Legend Of Live Award” at the 2011 Billboard Touring Awards in honor of the band’s significant and lasting contributions to live music and the touring business, and in acknowledgement of their commitment to the fans and the art of performing live.  The 2011 Eclipse World Tour was one of the band’s most successful tours ever, drawing nearly a million fans and ranked in the Top 15 Tours of the year.  2011 also marked the 30th anniversary of the band’s seminal anthem, Don’t Stop Believin’, which was honored as the top-selling digital classic rock song in history by Nielsen SoundScan. The group received a star on the Hollywood Walk of Fame in 2005.

LP1 – side two
Tantra
Anything Is Possible
Resonate

LP2 – side one
She’s A Mystery
Human Feel
Ritual

LP2 – side two
To Whom It May Concern
Someone
Venus