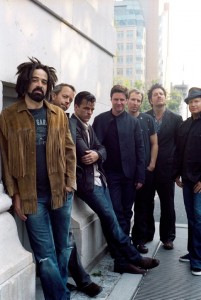 Due to overwhelming demand, Counting Crows and Live Nation are delighted to announce a second show at the Sydney Opera House on Wednesday April 10.

Tickets on sale now. Head to www.livenation.com.au  for full tour and ticketing information.

Following the April 2012 release of their first new album in more than four years, ‘Underwater Sunshine (Or What We Did On Our Summer Vacation)’, the American seven-piece head Down Under for a national tour beginning in Brisbane on March 27, and moving on to Melbourne, Perth and Adelaide, before winding up at Sydney’s iconic Opera House on April 9.

Tickets for all shows go on sale at 9am, Monday January 21.

My Live Nation members can access tickets ahead of the general on-sale, during the pre-sale commencing midday Thursday January 17. Head to www.livenation.com.au to register.

The band most recently struck gold with the Shrek 2 soundtrack hit song ‘Accidentally In Love’ which was also nominated for an Academy Award for Best Song, plus a Golden Globe for Best Original Song. Still thriving critically and commercially after 20 years, Counting Crows have sold more than 20 million albums worldwide.

TICKETS ON SALE 9AM MONDAY JANUARY 21