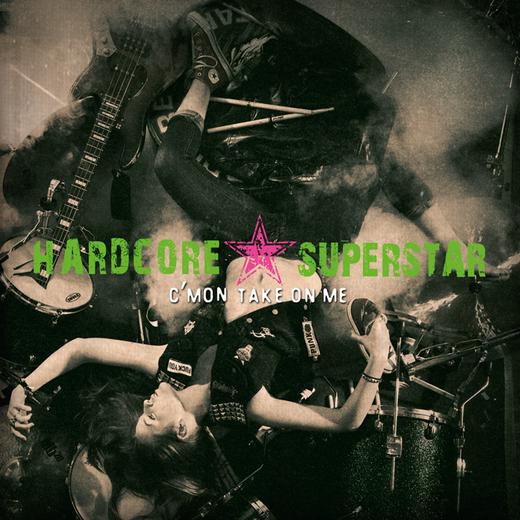 Swedish street metallers HARDCORE SUPERSTAR are happy to present the album cover of their recently announced new studio album “C’mon Take On Me” that will be released as a CD in slipcase, digital download, black vinyl and strictly limited pink vinyl (only available at the Nuclear Blast mail order) via Nuclear Blast on the 1st of March 2013! With a wink, drummer Adde grants us insight on the idea behind it:

“We came up with the idea during the recordings of the album. It’s just so sexy when a woman jumps into a drum kit – what could be more exciting? We discussed the concept with photographer Micke Johansson, who loved the idea. What we especially like about it is the combination of sex and bruises!”

In the same breath, the band presents the album’s tracklist: