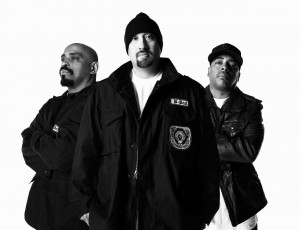 Soundwave Touring together with Illusive are excited to announce that iconic West Coast hip-hop group CYPRESS HILL will perform two headline shows whilst they are in Australia for the sold out 2013 Soundwave Festival.

Throughout a career that has spanned over two decades, CYPRESS HILL have sold over 18 million albums and have a seemingly never ending list of cult hits including ‘Insane in the Brain’, ‘Rock Superstar’, ‘How I Could Just Kill a Man’, ‘We Aint Goin Out Like That, Lick A Shot’, ‘Throw Your Set in the Air’, ‘Hand on the Pump’, ‘Real Estate’, ‘Dr Greenthumb’ and ‘Tequila Sunrise’ to name just a portion.

Famed for their highly energetic stage show, it comes as no surprise that CYPRESS HILL’s last three Australian tours have all sold out and these two intimate shows will be no different. We suggest you get in early