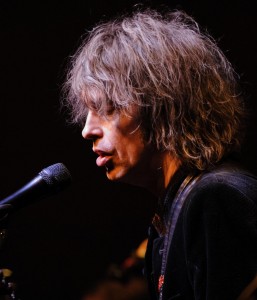 Live Nation are delighted to announce The Waterboys will make their first-ever visit to Australia this January.

Mike Scott confirms that the show will be “a killer set of vintage Waterboys” to please their most ardent of fans, spanning their 30-year back catalogue including classics: ‘The Whole of the Moon’, ‘Fisherman’s Blues’, ‘A Bang on the Ear’, ‘This is the Sea’ and ‘All The Things She Gave Me’, together with highlights from their new album ‘An Appointment with Mr Yeats’, celebrating the works of poet WB Yeats, which has received rave reviews in Europe.

My Live Nation members can access tickets first during the exclusive pre-sale beginning 10am Monday November 26. Head to www.livenation.com.au to register.

Formed in Edinburgh, Scotland in 1983, for three decades The Waterboys have provided a thrilling conduit for the questing spirit of Mike Scott and a fluid cast of fantastic musicians. From ‘The Whole Of The Moon’, a UK hit single not once but twice, in 1985 and again in 1991, to their most recent album, the hugely acclaimed ‘An Appointment With Mr Yeats’, The Waterboys embody all that is most precious about music: power, passion, magic, transformation. ‘An Appointment With Mr Yeats’, The Waterboys’ long-awaited tenth studio album, was produced by Mike Scott and bassist Marc Arciero, and contains 14 new songs created from the lyrics of Ireland’s greatest poet, WB Yeats. The enigmatic frontman Mike Scott recently published his musical memoir, ‘Adventures Of A Waterboy’. Written between 2008 and 2010 the book is described as an “eye-opening account of Scott’s life in music; serious, funny, profound, whimsical and enigmatic, with blow-by-blow descriptions of his days in teenage garage bands, the rise of The Waterboys, his exploits with Steve Wickham and the rest of the gang in the west of Ireland, and much, much more”.|

Don’t miss an evening with The Waterboys, performing their very first Australian shows this summer.

TICKETS ON SALE 10AM FRIDAY NOVEMBER 30

My Live Nation pre-sale: 10am Monday Nov 26 until 5pm Tuesday Nov 27, or until allocation exhausted

For complete tour and ticket information, visit: www.mikescottwaterboys.com or www.livenation.com.au