The Superjesus reform for an exclusive one off show in Adelaide, Feb 1st, 2013! 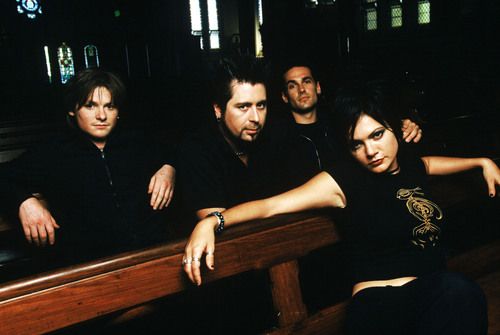 TRIPLE M AND THE HARBOUR AGENCY PRESENTS: THE SUPERJESUS!
After a long hiatus, and years of constant requests from their fans, the multiple ARIA award winning rock band The Superjesus will reform for one night only and perform in their hometown of Adelaide, where it all began.

Best known for their smash hit singles including Shut My Eyes, Down Again and Gravity, The Superjesus fast became one of Australia’s iconic rock bands. The ‘Jet Age’ line-up -Sarah McLeod, Tim Henwood, Stuart Rudd, and Paul Berryman, will hit the stage at Adelaide’s The Governor Hindmarsh on February 1, 2013, presented by Triple M.Life after The Superjesus has seen each of them focus on their own musical and personal journeys both here and overseas. Now for the first time in a long time, they are finally hanging in the same place (for now), so it was decided to come together for ‘one night only’ in Adelaide where their loyal fans can catch the band’s first show in almost 10 years.

Lead singer Sarah McLeod: “It’s something we’ve always wanted to do but with Paul living in Washington all these past years it never seemed possible, once he returned and we started to entertain the thought the energy came flooding back within the four of us and it was clear that it was ON!”