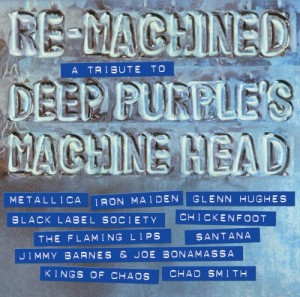 Re-Machined: A Tribute to Deep Purple’s Machine Head out now through Eagle Records Via Shock

The album features two wildly differing versions of Deep Purple’s most famous track “Smoke On The Water”, one from guitar hero Carlos Santana with vocals by Jacoby Shaddix, and one from alternative rockers Flaming Lips. Metallica have contributed their own special take on “When A Blind Man Cries”, a track recorded at the “Machine Head” sessions but originally released by Deep Purple as the B-side to “Never Before”. Also included are specially recorded tracks from former Deep Purple Mk III member Glenn Hughes with Chad Smith of Red Hot Chilli Peppers, plus offerings from Iron Maiden, Chickenfoot, Black Label Society, Jimmy Barnes & Joe Bonamassa and the “supergroup” Kings Of Chaos.

With Jon Lord, founder of Deep Purple, sadly passing away on July 17 this year, and the 40th anniversary of the classic album “Machine Head”, there has been a renewed interest in the band and their influence on rock music. 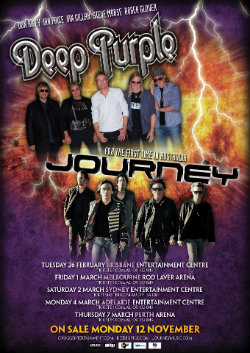