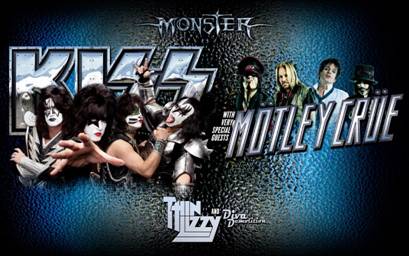 WE told you it was going to be a MONSTER tour!

Melbourne has always had the most KISS fans of any city in Australia and, once again, they’ve come out in force.

The pre-sale for the Etihad Stadium (Intimate Arena Mode) show on Tuesday March 5 has had a phenomenal response, so much so that McManus Entertainment is immediately adding a second concert on Wednesday March 6.

Tickets remaining to the first Melbourne show on Tuesday March 5, plus first release tickets and the Meet & Greet packages to the second show on Wednesday March 6 will all be on sale to the General Public from 9.00am on Thursday morning (November 22).

For Meet & Greet and other VIP packages, please visit www.themonstertour.com.