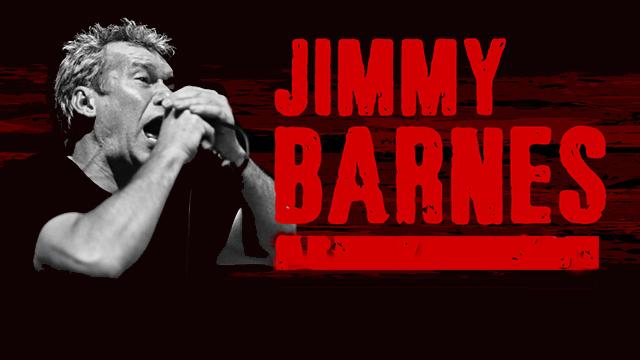 Jimmy Barnes returns on Thursday 17th January to Trak, having tasted glory as the most successful Australian rock & roll singer, Jimmy Barnes has been there and back.

Within a month of Cold Chisel finishing, Jimmy Barnes was on the road with a new band (1984) and soon released his first solo album, Bodyswerve, and it entered the charts at #1.

Many #1 albums followed including 1987’s Freight Train Heart and 1990’s Two Fires,  and then The Soul Deep album was close to a million copies and in 1998, Jimmy took part in the 1998 reformation of Cold Chisel.

‘Love and Fear’ and ‘Soul Deeper’ followed with a bluesier feel.  Double Happiness was released in July 2005 and debuted at #1 in the ARIA charts and sold double platinum.

In October 2005, Jimmy Barnes was inducted into the ARIA Hall of Fame in his own right (as Cold Chisel had already been inducted in 1993).

To celebrate his 50th birthday, his label, LIBERATION Music compiled a boxed set of Jimmy Barnes solo work plus studio and live rarities into a lavish package, entitled ’50’.

Early in 2007, Jimmy underwent open-heart surgery to repair a congenital heart defect. The recovery from the surgery necessitated several months of bed rest.  It was during this time that Jimmy began writing for his platinum selling 14th solo album, Out In The Blue.

In 2009 came the Platinum selling album prequel to Soul Deep, The Rhythm and The Blues, and with this Jimmy Barnes racked up his ninth #1 solo album.