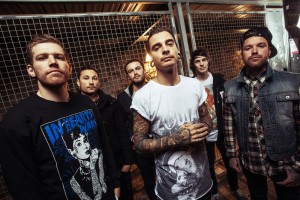 DREAM ON DREAMER ANNOUNCE HEARTBOUND DELUXE EDITION
OUT FRIDAY 30 NOVEMBER THROUGH UNFD
Dream On Dreamer have announced the Deluxe Edition of their critically acclaimed album Heartbound will be released November 30 through UNFD.
Heartbound opened doors worldwide for the Melbourne post-hardcore six-piece, Dream On Dreamer. In the past 12 months they have completed 3 US Tours, a European tour, played in New Zealand, covered six countries in Asia in support of the album and toured nationally for Soundwave Festival.
Still in their early 20’s, the members have seen more of the world than most people ever will, and the incredible ride has been captured for an hour-long feature documentary to be released alongside the special Heartbound repackage. Not only that, the Heartbound Deluxe Edition features two additional tracks, music videos and extended artwork.
After it’s initial release, Heartbound earned the band an ARIA Award for Best Hard Rock album, while fans voted the band Blunt Magazine’s “Best Newcomer” and “Album of the Year”.
Heartbound is an exceptional debut from a band who has caught the attention of every ear they’ve graced. It’s set to make them the next international success story to come out of Australia, just as Parkway Drive and The Amity Affliction have done in recent years. So how has this all happened so quickly? The answer is simple: listen to Heartbound.
Check out the video trailer for Dream On Dreamer’s feature DVD
Dream On Dreamer’s Heartbound Deluxe Edition will be released on Friday 30 November, with a special signed pre-order available now through JB HiFi or as a limited edition T-Shirt bundle through UNFD. The band are touring nationally through November and December. 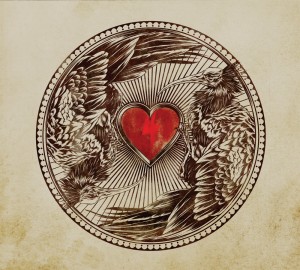