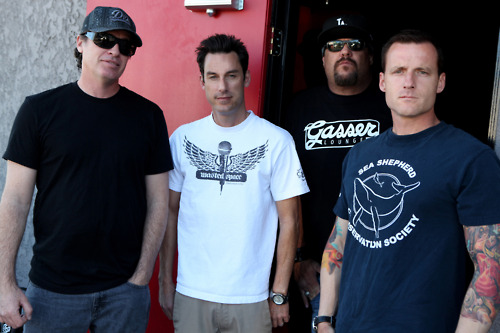 In a grand pairing of epic mayhem, legendary punks Pennywise have teamed up with WWE® ’13, the upcoming release from videogame publisher THQ, for a  new video clip. The clip features the surging anthem “Revolution” from the their latest release All Or Nothing, playing as a host to a variety of legendary WWE Superstars, including CM Punk®, Stone Cold Steve Austin®, The Rock®, John Cena®, Undertaker® and many more.

To check out the video for the WWE ’13 theme song, “Revolution” by Pennywise, go here: http://youtu.be/jne4GOH0cDA

Formed in the South Bay of Los Angeles, a neighbourhood with a rich punk rock history, Pennywise began in 1988. The band would go on to amass an international following through relentless touring and a melodic high energy sound merging melodic surf punk, blistering hardcore and the classic punk of their youth. The group has solidified their place in punk history with songs like the raging “F*** Authority,” “Alien” and the band’s now legendary ode to brotherhood and departed friends “Bro Hymn.”