Mayday Parade, We Are The In Crowd, Heroes For Hire Australian tour dates… 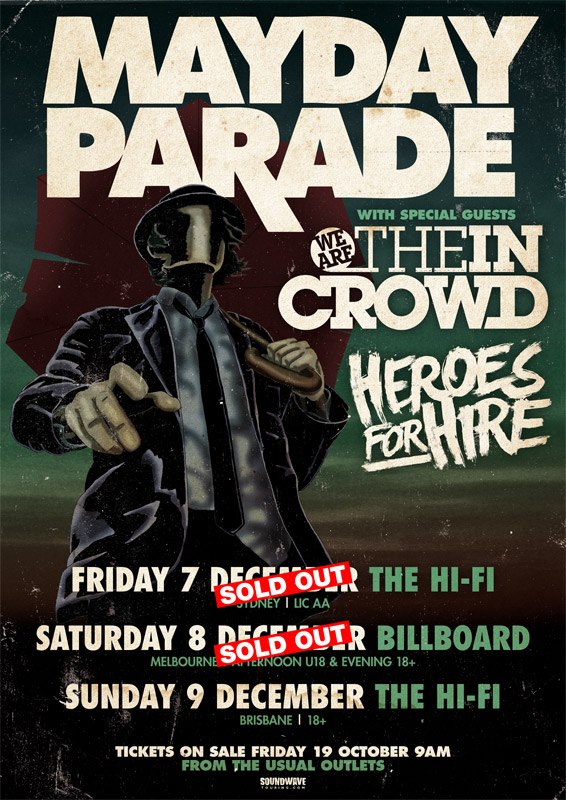