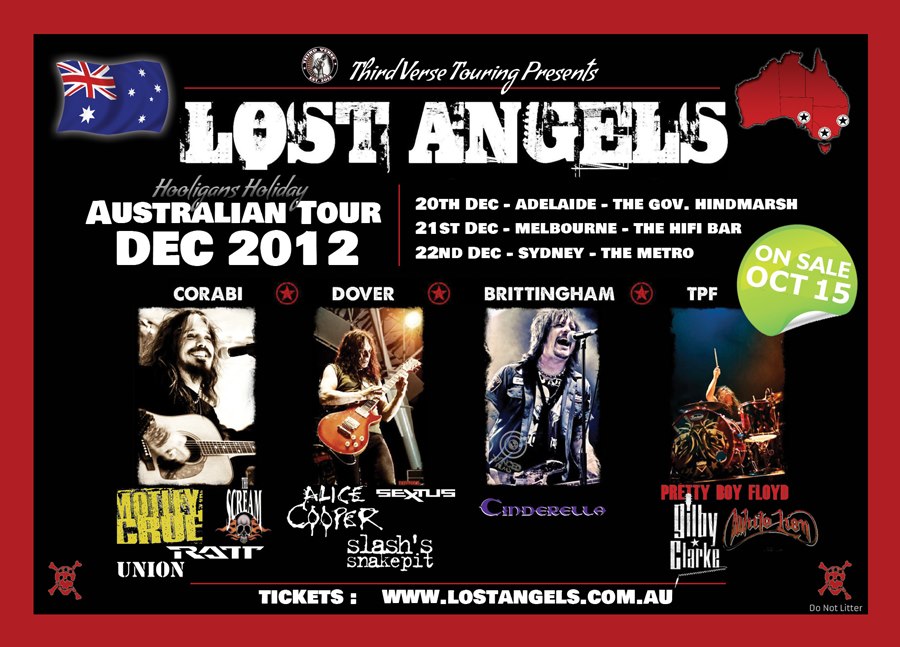 LOST ANGELS was formed as a side project so the guys could continue their love of playing and touring. Having known each other for a number of years timing was perfect in 2010 for the four to come together to form their own individual group.

LOST ANGELS will be kicking off their Australian December tour in Adelaide, followed by Melbourne then Sydney.

Don’t miss out on this once in a lifetime opportunity to see these heavyweights of hard rock & heavy metal play the hit songs from their careers LIVE!

The Lost Angels Australian Tour will rock your Christmas!